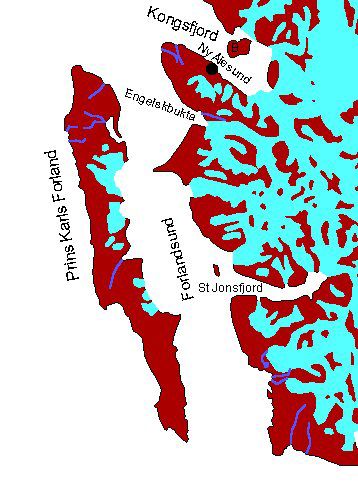 General: Island with markant, long shape at the west coast of Spitsbergen between Isfjord and Kongsfjord, separated from Spitsbergen by Forlandssund. This strait is partly very shallow, so only very small ships can sail through it. The island is 86 km long, but only 5-11 km wide and has a land area of 650 km2. Prins Karls Forland is a national park on its own.

Geology: Mostly metamorphic basement rocks (schists, phyllite, quarzites etc.,). Lower Tertiary sandstones and conglomerates in the northern part on the eastern side at the coast. 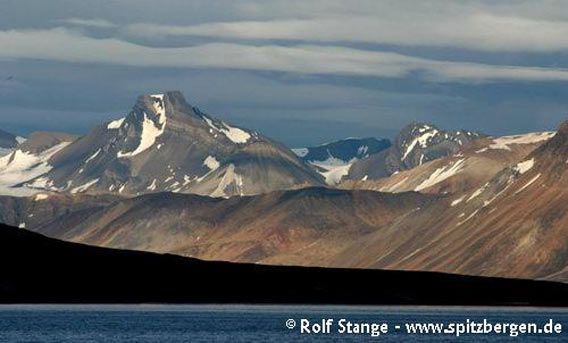 St. Jonsfjord with folded sediment layers in the background.

Landscape: Partly alpine mountains with very pointed peaks and wild glaciers, which are very spectacular and remind one of the Antarctic Peninsula. The highest mountain, Monacofjellet, is 1081 m high. Partly wide coastal plains. Seen from a distance, the southern part of the island looks like a separate island as it is separated from the mountainous north from a vast lowland area. There are very nice rock glaciers, old beach ridge series, frost patterned ground etc. 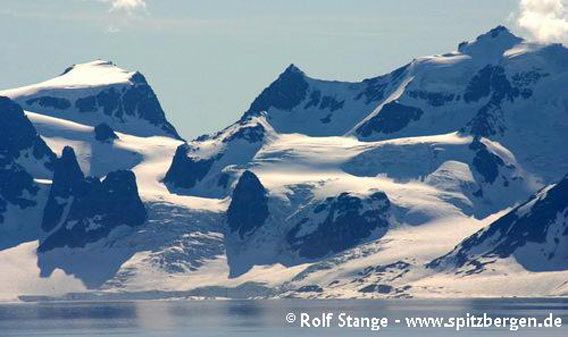 Glaciers on the eastern side of Prins Karls Forland. 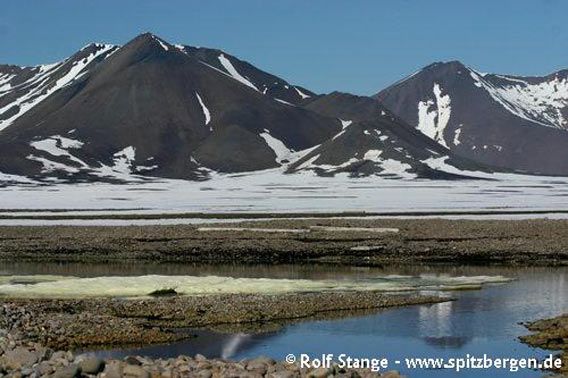 Coastal plain on the eastern side of Prins Karls Forland with beach ridges and lagoons.

Engelskbukta/St. Jonsfjord: Both are within the Tertiary fold belt near the west coast and thus have beautiful mountains. The interiour is strongly glaciated, and there are calving glacier fronts in St. Jongsfjord. In Engelskbukta, the glacier Comfortlessbreen terminates on shore in a wild landscape of moraines and a large outwash plain. The landscape is mostly steep, but there is nice tundra on more gentle slopes around Engelskbukta. 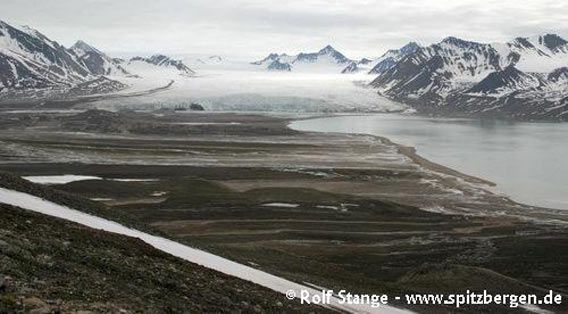 South of Engelskbukta, there is a rather uniform, featureless coastal plain, which extends far into the strait Forlandssund which separates the main island from Prins Karls Forland. This very conspicuous spit of land is called Sarstangen, and it continues as an underwater shallow across Forlandssund, making passage impossible for larger vessels. 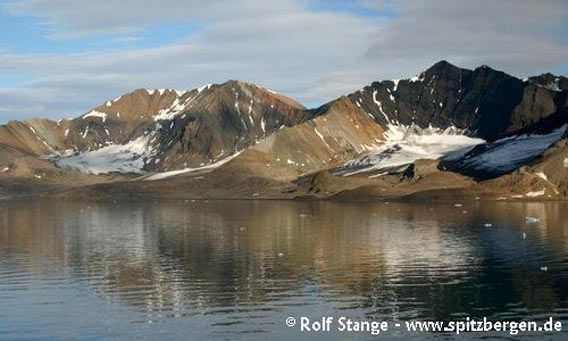 Colours and glaciers in St. Jonsfjord. 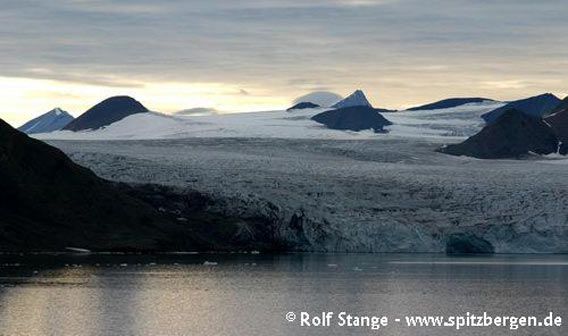 Flora and Fauna: Varied. The flora can be quite scarce, partly because of the steep and glaciated terrain, but also in the lowlands. Others of these have rich tundra, especially when near one of the huge bird cliffs. Large numbers of Brunich’s Guillemots, Kittywakes, Glaucous Gulls etc. are breeding on these steep cliffs, especially at the northernmost point which has its name ‘Fuglehuken’ (Bird point) for a good reason. The birds are breeding high up on steep cliffs, so you cannot see them from a close distance. There are reindeer and foxes on the tundra. As a biological special, there is a harbour seal colony on Prins Karls Forland in the Forlandsund, which is the only one in Svalbard and the northernmost one in the world. It may be a relict colony from a period 6-8000 years ago when both air and water were 1-2°C warmer and the species may generally have been more common in Svalbard.

There are also walrus living in the Forlandsund – should you get to the area, make sure they are being treated with care, it is still the only area with haul-out sites at the west coast and the process of re-establishing old population numbers has still just started. Keep your distance!

History: Prins Karls Forland was one of the first parts, if not the first part, which was sighted by Willem Barentsz in 1596; some place names still date back to this summer such as ‘Spitsbergen’, ‘Fuglehuken’ etc. Whalers and trappers have used the island and left their traces. 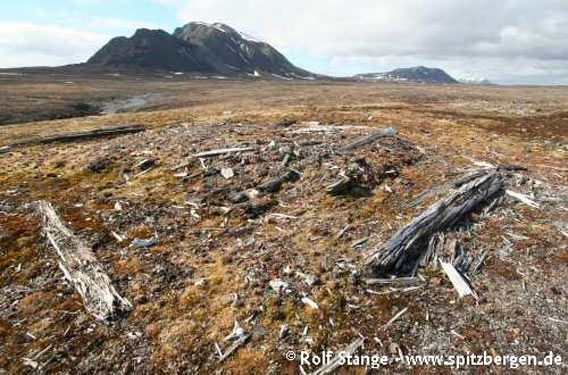