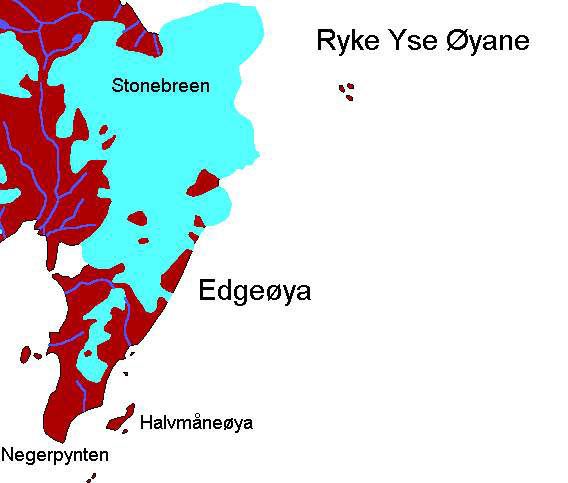 Click here for a panoramic tour of Ryke Yseøyane.

General: Small group of island which, in a wider sense, belongs to the Tusenøyane, at least geologically and landscape-wise. Rarely visited because of the difficult ice conditions and because, well, they are only a few of very small, very remote islands – but this is also what makes them attractive, in a way, if you ask me. Their land area is only a few km2. The Ryke Yse Øyane were probably namend after a Dutch whaling Captain of the 17 century and are now part of the Southeast Svalbard Nature Reserve. 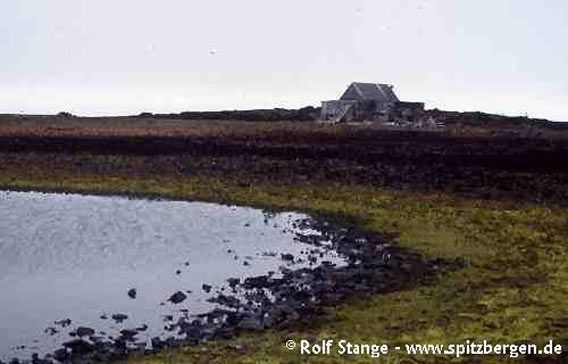 Moss tundra and little lake, a typical setting for the Tusenøyane, to which Ryke Yse Øyane belong in a wider sense. The moss tundra is very vulnerable to erosion – try to walk around it or step on rocks. Near such lakes, you can often see Grey Phalaropes or Red-throated divers (keep your distance especially from the latter ones, otherwise you will scare them off their nest).

Geology: Similarly as Tusenøyane, do the Ryke Yse Øyane entirely consist of dolerite/diabas (basically to words for the same type of rocks, which is similar to basalt), which intruded in the upper Jurassic and Cretaceous. The surrounding rocks, into which they intruded, have been removed by erosion since then. This is the same story as with the islands in the Hinlopen Strait or many other places in Edge- and Barentsøya and other ones. All other rocks on the Ryke Yse Øyane would be an erratic boulder (glacier deposits from ice age glaciers).

Flora and Fauna: High arctic. Partly rocky and barren, whereas there is a surprisingly rich moss tundra in places. The mosses are very vulnerable – try to stay outside or to step on rocks as much as possible! There are several small sweetwater ponds, which are good breeding habitats for Red-throated divers. These are easily disturbed at their nests, please keep a good distance. Other than that, there can be geese, Common Eider ducks, Grey phalaropes etc.

History: Rarely visited. Older history (whalers, Pomors, trappers, others?) is unknown. In 1868-70, two Norwegian trappers/adventurers wintered here twice, the second winter was not planned, but the ship which should pick them up, could not get through the ice. One of them disappeared during the second winter. 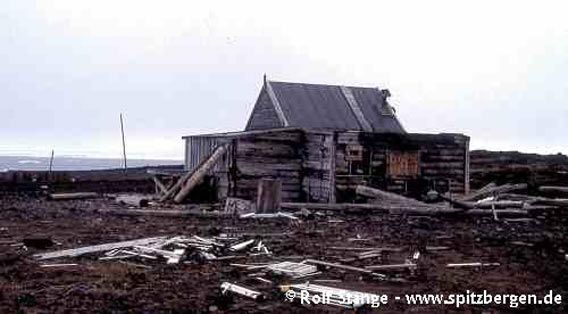