General: Part of Spitsbergen with spectacular landscape and interesting history. A number of bays, fjords and islands creates a varied mosaic. The area is frequently visited by cruise ships, with larger ones visiting mainly the Magdalenefjord to land passengers here. The number of larger ships has, however, dropped since the ban on heavy fuel in these waters entered force in 2014. These fjords are still frequently visited both by sailing boats and expedition cruise ships. Gravneset in Magdalenefjord, Virgohamna on Danskøya and Smeerenburg on Amsterdamøya are some of the regularly used landing sites in the area.

This involves that some places here are amongst those which suffer to some extent from high visitor numbers, and tracks become visible in the tundra.

As the west coast as well as the islands nearby are exposed to the weather coming in from the west, conditions are often quite harsh and cold with wind, clouds and rain or snow.

Landscape: Mostly alpine with steep rockwalls and high, pointed mountains with gave the island ‘Spitsbergen’ (‘Pointed mountains’) its name. The highest mountain is the Hornemanntoppen south of Smeerenburgfjord/east of Magdalenefjord with 1115 metres. Level land is limited, the coastline is mostly steep or covered with coarse rocks. Beaches are often covered with huge amounts of driftwood and, unfortunately, plastic trash brought here by currents (a lot from fishing fleets around the north Atlantic). Rocky beaches and mud can make walking difficult. The interiour of the main island Spitsbergen is strongly glaciated with the so-called ‘Spitsbergen-type glacier’: a net of smaller and larger glaciers which are connected to each other, but with many mountains sticking out. 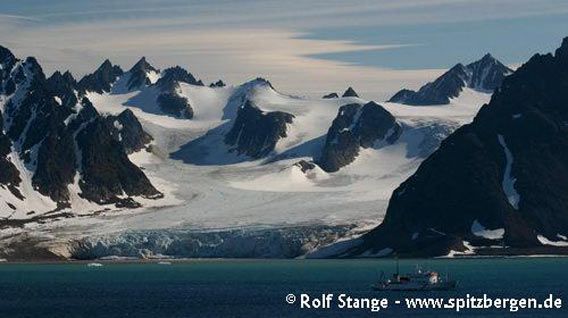 Smeerenburgfjord. Spitsbergen owes its name (‘pointed mountains’) to such landscapes.

Flora and Fauna: Vegetation is mostly scarce because of the topography, mainly moss beds near bird colonies. The latter are the main faunal feature of the area, most important are the large colonies of little auks in different places in the area. Despite of the barren tundra, there are reindeer, which can walk across the ice from island to island during the winter. Polar bears do show up regularly, and sometimes walrus are seen. 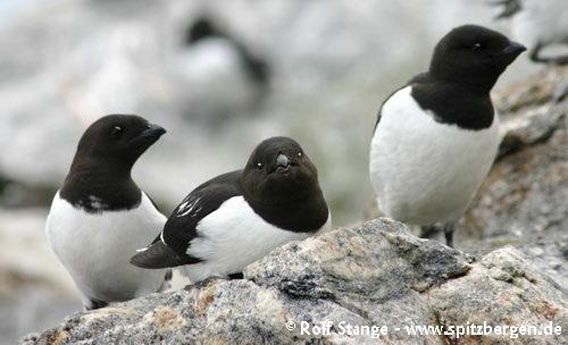 History: This part of Svalbard is historically one of the most important ones, with a number of interesting sites. The northwestern corner of Spitsbergen was frequented by whalers during the 17th century. They came mainly from Holland and England, but also from Denmark, Germany and other countries. Remains of blubber ovns and graves can still be seen in many places, Smeerenburg on Amsterdamøya is famous, but only one example. Hamburgbukta south of Magdalenefjord was used by whalers from… where was it … yes, Hamburg. 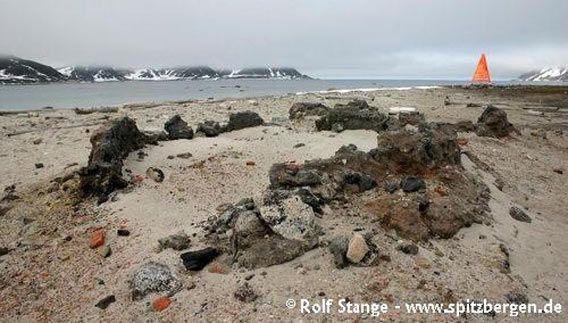 In the late 19th and early 20th century, arctic flight pioneers Salomon August Andrée and Walter Wellman started their attempts to fly to the north pole from Virgohamna on Danskøya. 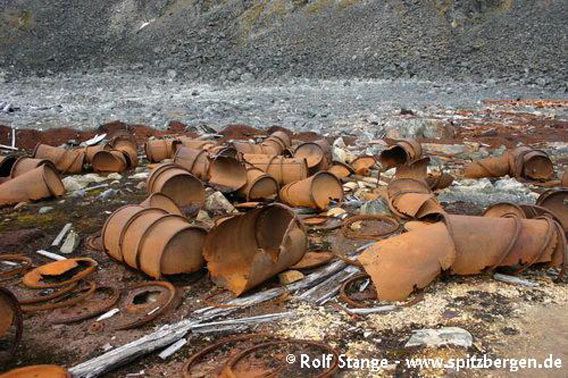 A drama happened in early 1922 in Kobbefjord on the west side of Danskøya, when the two Norwegians Torgeir Møkleby and Harald Simonsen stranded here with their small boat. They were working on a weather station on Kvadehuken at the entrance of the Kongsfjord and had set out to search for a trapper who was missing. After several weeks in the ice, they managed to get ashore in the Kobbefjord and died after several months from starvation, cold and exhaustion.

Hornemanntoppen was successfully climbed for the first time in 1931 by members of the »Österreichische Spitzbergen-Fahrt« with G. Machek and R. Untersteiner.