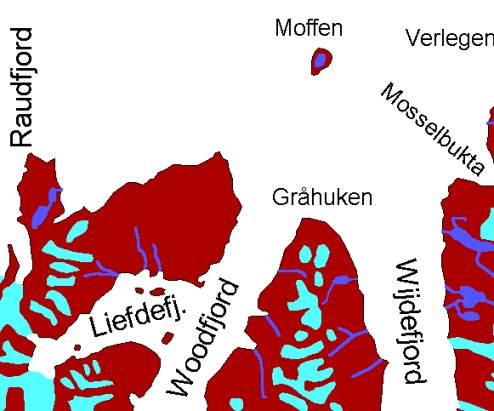 General: Moffen is a fascinating little island. After the near-exctinction of walrus in Svalbard in the middle of the 20th century, Moffen played an important rule in re-establishing the species here, a process which is still going on. Today, there are often larger numbers of walrus hauled out at the southern tip of the island, sometimes more than 100 animals. This is the reason why Moffen is protected. Approach during the summer (15th May to 15th September) is limited to a minimum distance of 500 metres. The waters around Moffen are very shallow, so most ships stay further off for nautical reasons also. Moffen is situated directly north of 80°N. This and the walrus, which you can see from the distance, makes Moffen a popular stop for ships, which keep drifting off the south end for a little while and then sail away again.

Click here to see some 360 degrees panorama images from Moffen. 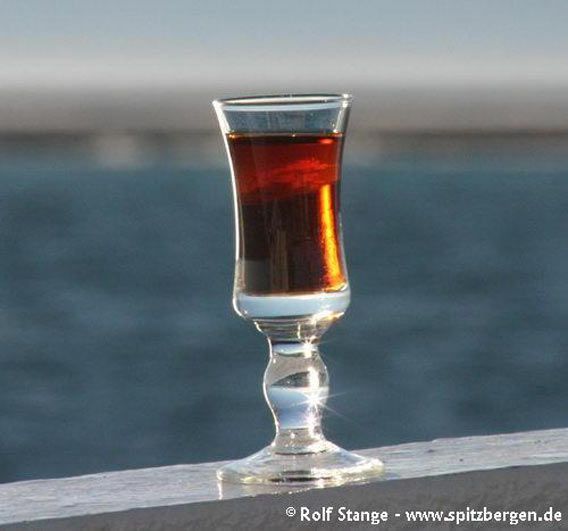 Crossing 80°N is always a good excurse for a drink.

Geology: Moffen consists entirely of several series of beach ridges, which have been thrown up from various directions on the very shallow ground, thus forming a ring-shaped island. Between the beach ridges, there is a lagoon with brackish water. There is no solid rock exposed on Moffen.

Landscape: Totally flat island with the shape of a drop with a lagoon in the middle. 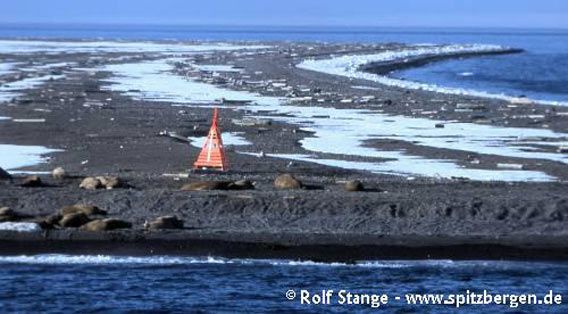 Flora and Fauna: Flora: Nothing other than some mosses near the southern tip, where walrus were slaughtered in numbers over several centuries, and algae in depressions near the lagoon.

Despite the small size, Moffen has some interesting wildlife, even though observation opportunities are not exactly great due to the legally required mininum distance. Arctic terns are breeding in large numbers, and there are a few pairs of the Sabine’s gull, which is extremely rare in Svalbard. It is difficult to see, though, amongst all the terns and Kittiwakes. Walrus like the shallow waters as feeding grounds and have a haul-out site (resting place) here.

History: Already the whalers knew Moffen in the 17th century, so the island became soon a slaughtering place for walrus. The name, legend has it, was a rather unfriendly nickname for German sailors on Dutch whaling ships. But I have heard several times from Dutch people, that it is more likely to be descriptive, referring to the shape of the island, which resembles a ‘Muff’, a woolen thing in which you can put your hands from both sides to protect them from cold.