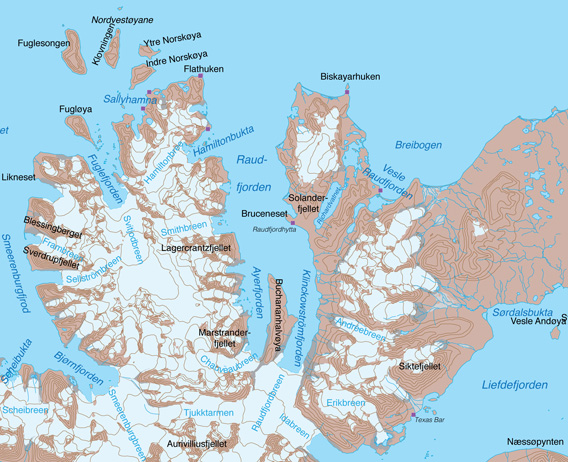 There are several photo galleries at the bottom of this page to illustrate the various beautiful sides of Raudfjord. Scroll down or click on one of these links: 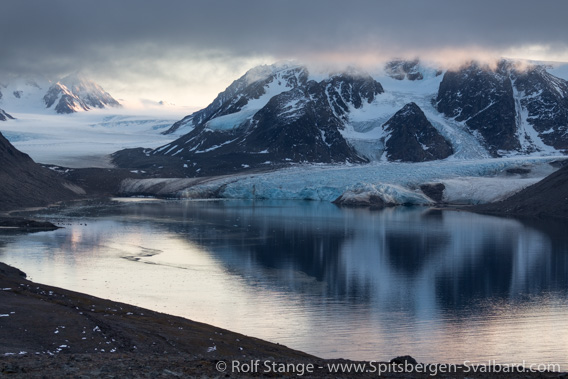 Raudfjord is the westernmost fjord on Spitsbergen’s north coast. It is a small fjord, at least compared to its neighbours further east, Woodfjord and Wijdefjord. Raudfjord is about 20 km long and 5 km wide.

Raudfjord – the name means “Red Bay”, which used to be the name in historical times – is a very scenic fjord, and rich in contrasts. Some parts are good for ship or Zodiac cruising, other places afford space for little walks or mountain hikes. Raudfjord is part of the Northwest Spitsbergen National Park.

I have got a couple of panoramas which make it possible to take a quick and easy virtual tour to some places in Raudfjord:

There ist a strong geological contrast between the east and the west side of Raudfjord, due to a large fault that runs along the fjord. It separates a tectonic uplift area in the west, where old, stratigraphically low, hard, crystalline basement rocks such as gneiss are exposed, from an area of ancient tectonic subsidence – a graben – which is filled with sediments, the so-called Old Red sandstone from the Devonian. Now, this is the geology of the whole area in just one sentence 🙂 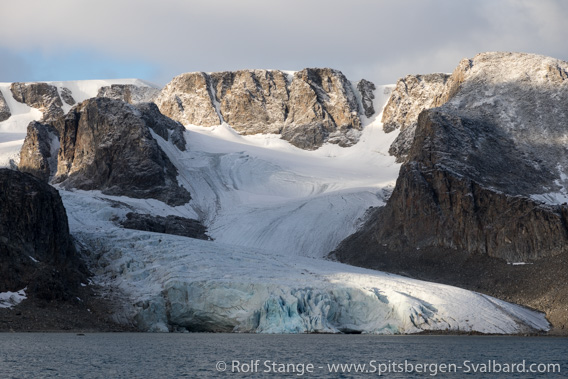 Rugged, steep mountain walls on the west side of Raudfjord,
carved into hard basement rocks.

The basement rocks are really old: geologists have found signals of tectonically intense events dating back as far as one billion years in long-lived crystals in the gneisses on the west side of Raudfjord. Compared to that, the Old Red on the east side of the fjord, appears almost young: being deposited during the Devonian, it is between 350 and 400 million years old. Only! 🙂 These sediments are collectively called Old Red, which is a proper description, although the reddish colour is not necessarily very intense in Raudfjord. It is stronger in parts of Liefdefjord and Woodfjord. 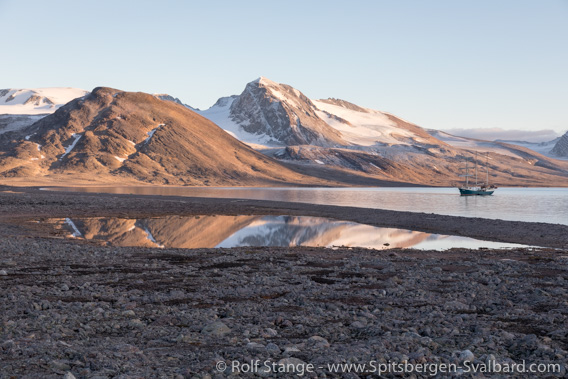 Less steep and mostly glacier-free landscape carved in Old Red sandstone
on the east side of Raudfjord.

The geological contrast is the main reason different kinds of landscapes on either side of the fjord: the west side, which consists of hard, uplifted basement rocks, is much steeper and more rugged. The mountains are higher and the inland is heavily glaciated. Depending on how you count, there are 10-12 glaciers that reach sea level on the east side (including the large ones at the bottom of the fjord), framed by more or less near-vertical mountain walls. 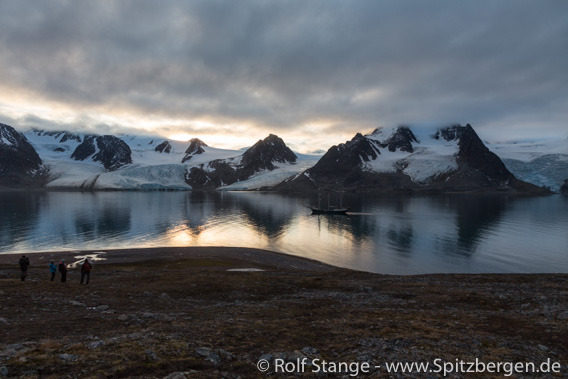 Landscape contrasts in Raudfjord: View from the eastern shore
across the fjord to the steep western side.

Compared to the west side, the ice-free east side of the fjord appears almost mild, with less steep geomorphology and more accessible terrain near sea level. There is at least some space for walks and hikes, including some interesting mountains.

There are some bird cliffs on the steep mountain sides with Brünich’s guillemots and kittiwakes, for example in Hamiltonbukta. Arctic foxes have their territory near the birdcliffs, and it is quite common to see polar bears roaming around in Raudfjord. 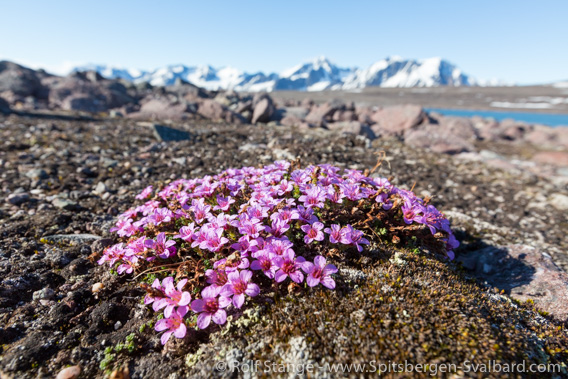 Wintering from Pomors (Russian hunters) and scandinavian trappers are known from the last centuries. The hut in Alicehamna, aptly called Raudfjordhytta, wwas built by a Swede then known as Stockholm-Sven. If you have read the Spitsbergen classic A woman in the polar night written by Christiane Ritter, then you will know that Stockholm-Sven was Ritter’s next neighbour. But they didn’t manage to visit each other. 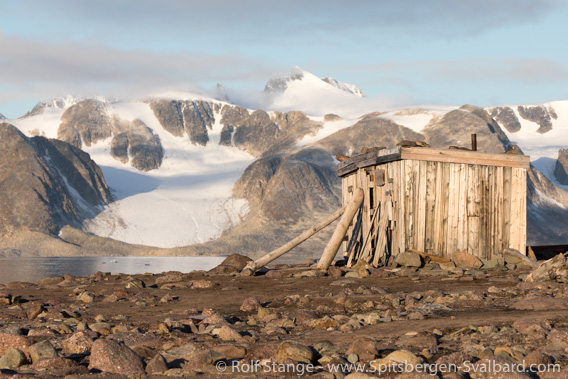 Photo gallery Raudfjord 1: some impression from here and there within the fjord

Just as the name suggests.

Stockholm-Sven’s old hut near the beach. It is only a short walk from there to skipper Erik Mattilas’ grave on top of a little hill, but the view is beautiful. And it is even better if you do a hike up to Solanderfjellet.