Northern light, polar light, Aurora borealis – whatever you want to call it, it is always a magical experience to see it on the dark night sky in high latitudes. In the southern hemisphere, the southern light is of course the Aurora australis, not borealis. The magic of the aurora has always fascinated people: they used to consider them a bad omen in the past, messengers of war and disaster, a sign of ancient Gods or dancing souls of deceased ancestors. Today we know the aurora is just physics, but it is still a touching experience, just as it was in the past. Today, tourists and photographers are travelling around the globe to see it.

360 degree panorama: night sky with aurora borealis near mine 7 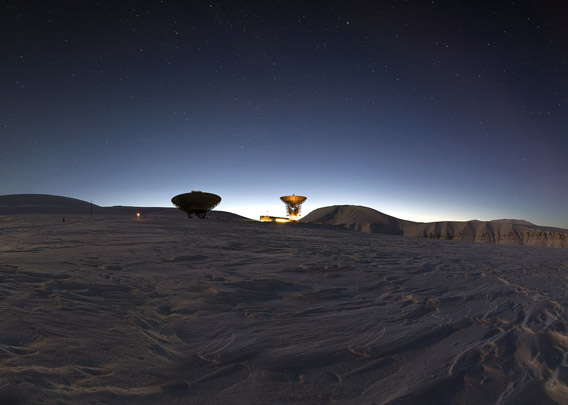 But it is a matter of being at the right place at the right time. The assumption the closer to the geographical pole the better is wrong. The magnetic field of the earth is not orientated towards the geographical pole (90 degrees latitude, the axis of the earth), but towards the magnetic poles, which are many hundred miles away from their geographical counterparts. But even that is not quite right. The earth’s magnetic field is, in fact, quite a chaotic thing. It is always disturbed by local anomalies, which are abundant.

The magnetic field catches the solar wind: electrically charged particles that are ejected by the sun into space. These particles are guided by the magnetic field lines and thus enter the higher atmosphere of the earth’s polar areas. There, they hit atmospheric gas molecules and stimulate them to emit light at a defined wavelength, which translates as a given colour. This is what we see as polar light. The process happens in the stratosphere, between 20 and 30 km in height. There are several colour options, green is the most common one, followed by red. 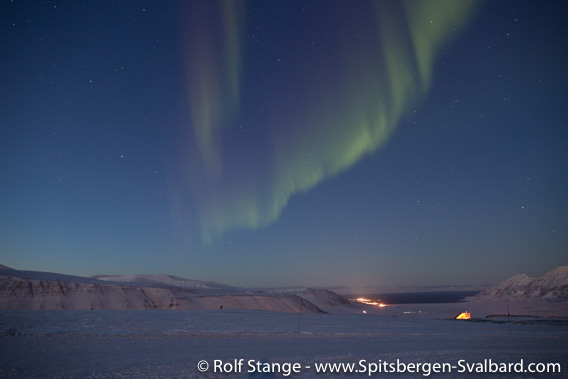 Because of the spatial structure of the magnetic field, which is quite irregular as mentioned above, the northern light is more abundant in some areas than in others. It is stronger and more frequent in northern Norway, Sweden and Finnland than in Spitsbergen. Iceland and Greenland are also good places to observe the aurora.

A few conditions have to be met. Obviously it has to be dark. In Spitsbergen, there is enough darkness to see the aurora starting in mid September, getting to optimum conditions in October. In late winter, the northern light season comes to an end in late March. And of course you need a clear sky, otherwise the Gods may dance to exhaustion and you won’t see it, obviously. Sometimes they say the colder the better, but there is no direct connection between ground temperatures and the physics of the atmosphere 20 km and higher above the surface. But of course, clear winter nights tend to be cold. 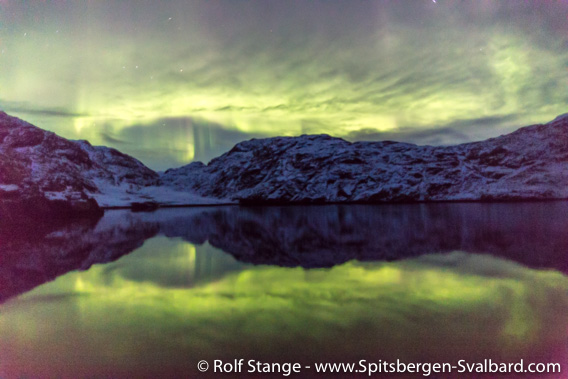 A few thin clouds may actually provide interesting views. Scoresbysund, East Greenland, mid September. 24 mm, 0.5 sec., f 1.4, ISO 12800. The camera was standing on a boat that was anchored. It was calm but still, a relatively fast shutter speed was crucial.

Strong sun activity is another requirement, because without sun activity no solar wind and without solar wind no polar light. There is a maximum of sun activity every 11 years, the last one was in 2013, so it will take a while again now to get to the next maximum phase of activity. That doesn’t mean that we won’t see anything meanwhile. Just a bit lower frequency and a bit less intensity. But that is statistics. Great things can happen anytime. At times of maximum activity, northern lights have actually been seen in central Europe and even the Mediterranean. 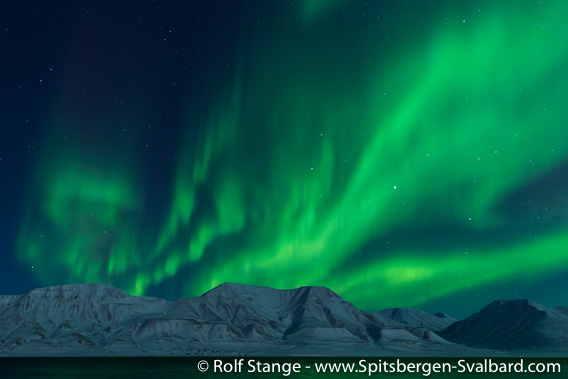 October or February are good seasons in Spitsbergen to see the aurora. There is no lack of darkness, but still some light or at least twilight during daytime for other activities. This is how season (especially October), so accommodation is cheaper than at other times. You should rent a car (rental cars are available in Longyearbyen) to get a bit away from the artificial light of the big city 🙂 well, it is big enough to cause disturbance during northern light observation and photography. No surprise the Kjell Hendriksen northern light observatory in Adventdalen near Longyearbyen has moved up a mountain some years ago – 500 m closer to the aurora! Well, that doesn’t really matter, but further away from light sources. The new observatory, at the end of the road above mine 7, is obviously a good place to be during aurora activity, but turn your lights off when you are getting closer, they want their darkness. 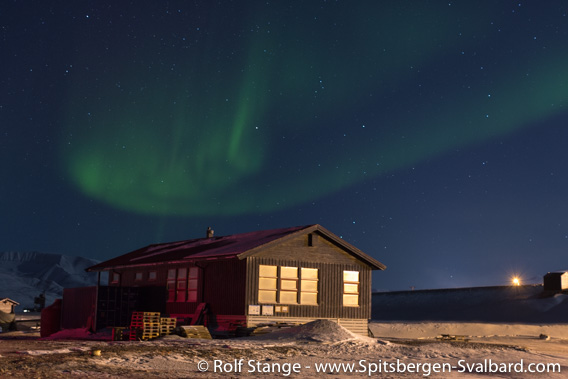 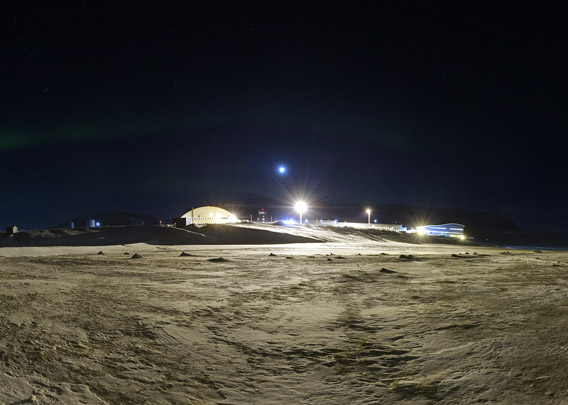 To photograph the aurora, you should have a prime lens with big aperture. 24 mm or 50 mm with f 1.4 or even 1.2 are perfect. If you take the effort of travelling to the Arctic to see the northern light, then it is worth to bring good gear. You won’t get good aurora photos with a small pocket camera, let alone a smartphone. (You can rent good lenses; cheaper priced simpler versions of prime lenses are also often pretty good). And bring a tripod, that is essential. A good, low noise camera (full frame sensor) makes a big difference. Don’t use too long exposure times, as the aurora is moving. Too long exposures will result in blurred images. With a good full frame sensor, there is no reason to be afraid of ISO values of 1600 or 3200 or even higher if needed, to get the shutter speed down to 3.2 or 4 seconds and an aperture of 4 or so. You don’t want to have the aperture fully open, 1.2 comes at a price in terms of quality. Still, with good lens that has aperture 1.2, you will get better image quality at f 2.0 or 3.2 than with f 2.0 with a lens that does not go any further. Especially if you have something in the bottom of your frame, a hut, a tent, whatever. Which is usually much more atmospheric than “just” a northern light. A small, but well defined source of artificial light will also help you to focus. Turn the autofocus off, it won’t help you in these conditions. Focus manually. 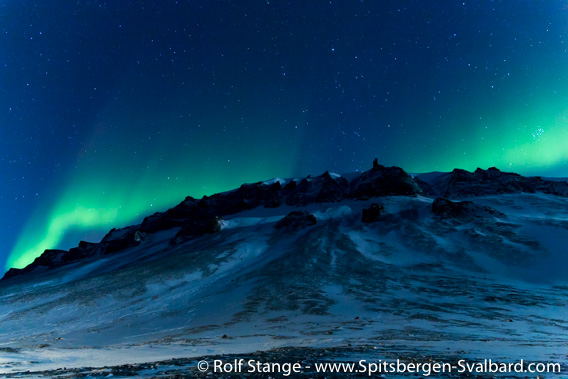