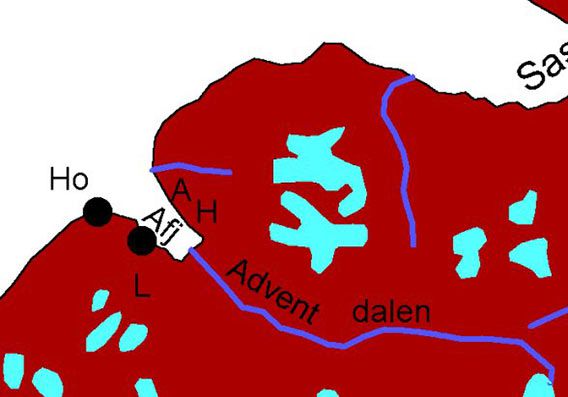 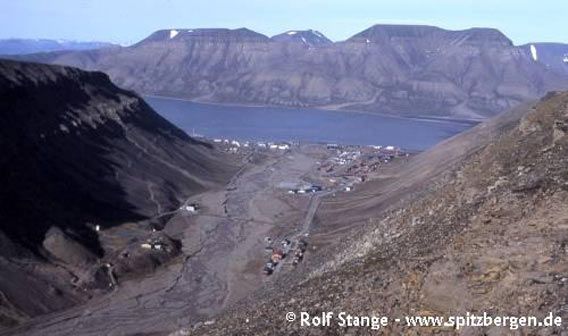 Geology: Lower Cretaceous and lower Tertiary (upper Cretaceous is missing in Svalbard). Mostly undeformed sediments, gently dipping to south. Because of this, the slopes on the northern side of the Adventfjord are mostly Cretaceous except from the highest parts. The Cretaceous Festningen-Sandstone is a prominent layer of quartzitic sandstone, which often forms protruding cliffs due to its relative hardness. This is nicely visible on the northern side of the Adventfjord, where there are two cliff-building, hard layers in the higher slopes. The lower one is the Festningen sandstone, the upper one a similar layer of lower Tertiary sandstone (‘Firkanten Formation’). 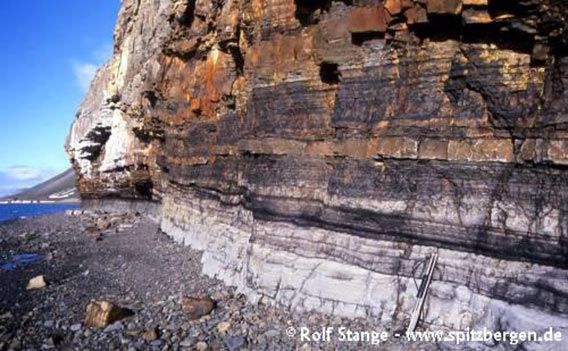 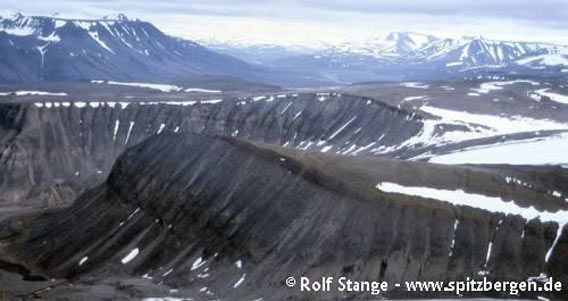 Flora and Fauna: Both are surprisingly rich, despite of the presence of more than 1500 humans. There is nice tundra in Bjørndalen and on the lower slopes between there and Longyearbyen as well as in Adventdalen. There, you may even find the polar birch, which is rare in Svalbard – good luck 🙂  Near Longyearbyen, there are small colonies of Little auks nesting on the higher slopes. They breed under boulders, so you don’t see them nesting, but you see the birds flying in and out and sitting on rocks. If you want to see Arctic terns, Kittiwakes, Snow Bunting and, with some luck, even Red phalaropes, then the camping site near the airport and the artificial lagoon between the camping site and the coast is a good place to visit (keep your distance from breeding birds, don’t disturb them, see rules). In the Adventdalen, you may see King Eider near some small ponds if you know where to look for them and you need some luck, too. The elusive Ivory gull may be seen near the dogyard just outside Longyearbyen in the Adventdalen. It is not too unusual to see fox and reindeer even in the centre of Longyearbyen.

History: Mostly characterised by mining. American John Munro Longyear saw the coal seams during a cruise and founded the Arctic Coal Company Ltd. Mining in ‘Advent Bay’ started in 1906. Longyear sold everything to the Norwegian ‘Store Norske Spitsbergen Kullkompani’ (SNSK) in 1916 because of the development of the global markets as well as local difficulties. The SNSK, now state-owned, still exists under the name ‘Store Norske’ (Great Norwegian) and is the landowner in Longyearbyen. Mining has been reduced to a more symbolic level in mine 7 in nearby Adventdalen. The centre of Norwegian coal-mining is Sveagruva. 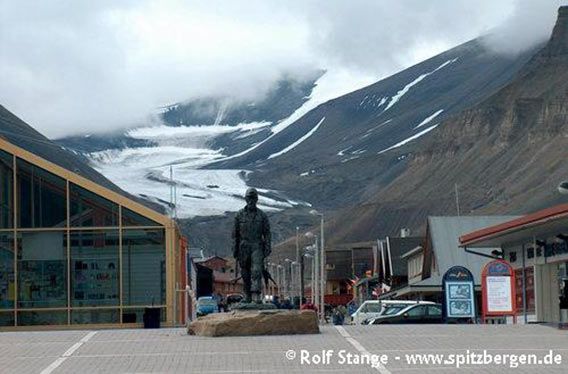