The large and strong Skua is the largest of the four species of skuas found on Spitsbergen. In flight she can look like big, dark seagull. 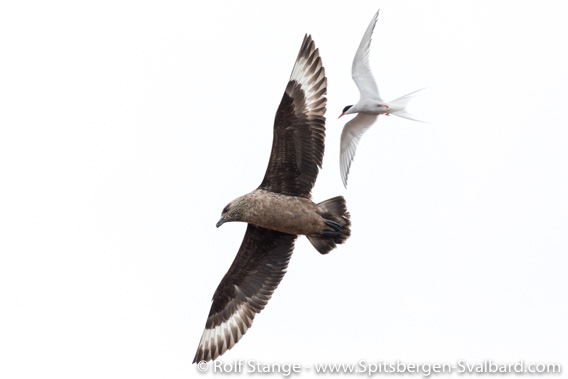 Great skua under attack by an arctic tern. Liefdefjord.

Description: The Great skua is the largest skua (50-58 cm, 1.2-1.8 kg in weight) and has a rather uniform, brown camouflage plumage. The only white patches are on the underside of the wings and thus visible only in flight. With its broad wings and the strong beak, which has a slightly curved point, it resembles a bird of prey. 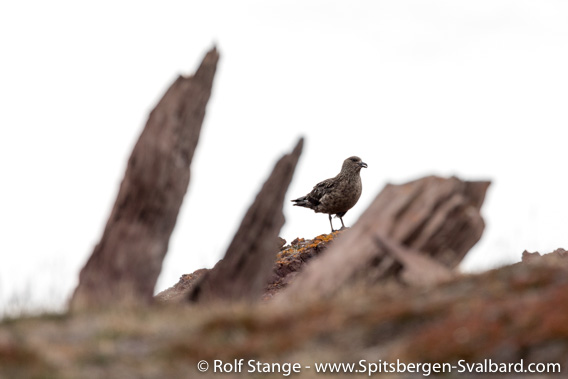 Distribution / Migrations: The Great skua has a primarily sub-arctic distribution and breeds in the eastern north Atlantic in Iceland, the Færøe Islands, Shetland Islands and Norway. The first breeding pair in Svalbard was recorded in 1970 on Bjørnøya and in 1976 on Spitsbergen but since then, the species has occupied most parts of the archipelago with the exception of the high-arctic northeast. The largest population is still on Bjørnøya, with several hundred breeding pairs. Great skuas spend the winter on open ocean, off the coast of Senegal, west Africa. 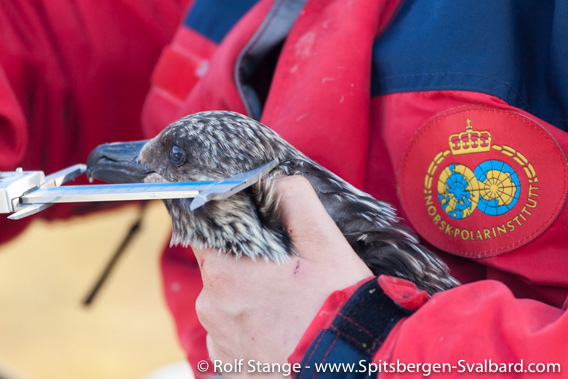 Biology: Great skuas like fish, especially if others have caught it. As with other skuas, they chase other seabirds until they drop their prey. They also take eggs and chicks from other birds when the opportunity arises.

Great skuas lay two eggs into a shallow nest on flat tundra. Both parents sit for a good four weeks. The family will then stay near the nest for another six to seven weeks, until the chicks can fly.

Miscellaneous: Great skuas are strong birds and defend their nest and offspring aggressively. Leave quickly if you happen to become the target of a divebombing skua. 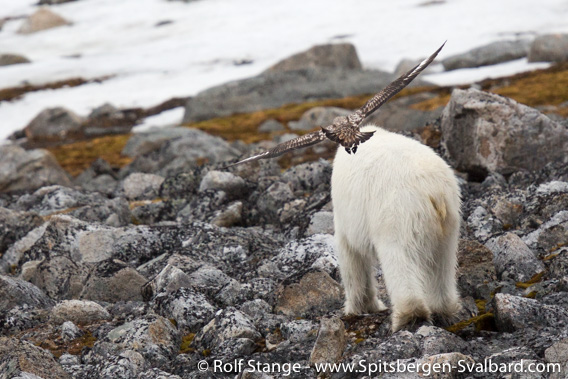