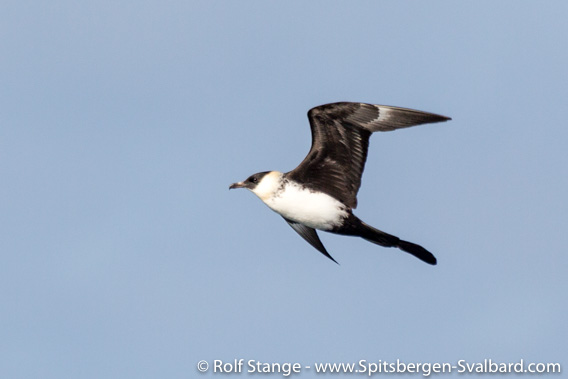 Description: Medium-sized (44-51 cm long, 550-900 g in weight) skua with long tail, that looks like a spoon from the side. The sexes look alike. The plumage has a pronounced dark-light contrast, although there is a rare, completely dark morph. Pomarine skuas can be confused with the far more common Arctic skuas. 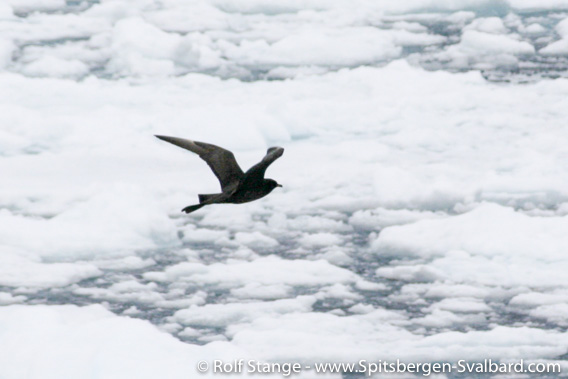 Distribution / Migrations: Pomarine skuas breed in the high Arctic of North America and Siberia. They spend most of their time at sea. For breeding, they come to flat tundra areas near the coast, often near lakes or rivers. Svalbard is not amongst the main breeding areas, but nevertheless, Pomarine skuas are regularly seen around the archipelago. During the winter they like it warm and move to tropical latitudes off west Africa. 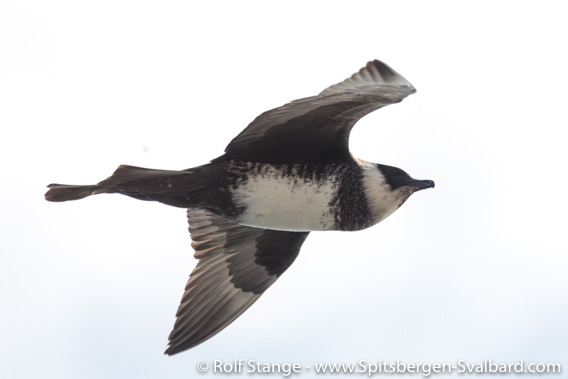 Biology: Small rodents are the preferred prey of the Pomarine skua, which is also the explanation why they do not breed in Svalbard, where no natural rodent populations occur. There, they prefer to steal food from other birds and take eggs and chicks.

Miscellaneous: Despite not being a breeding bird in Svalbard, the Pomarine skua is regularly seen. Chances are best near the ice edge. 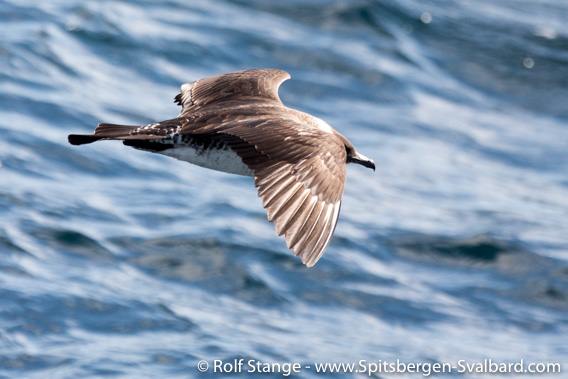