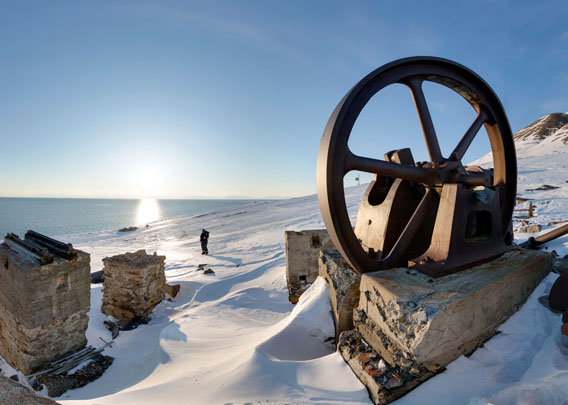 In Advent City, on the north side of Adventfjord opposite the airport, an attempt was made to mine coal in the early 20th century by an American company. The attempt was not successful, and not much remains to be seen today.