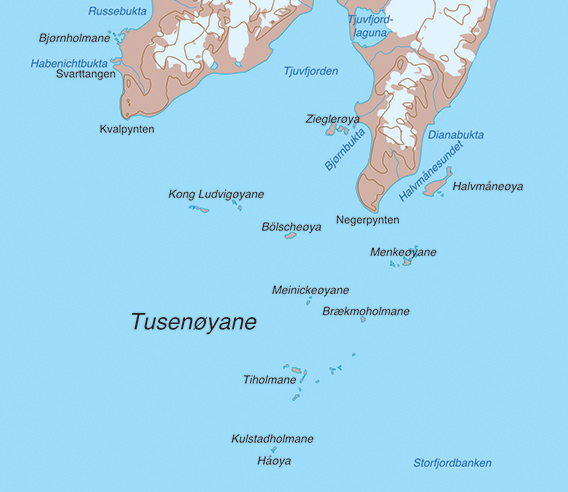 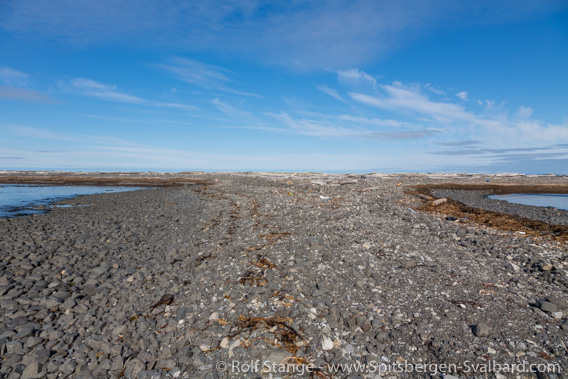 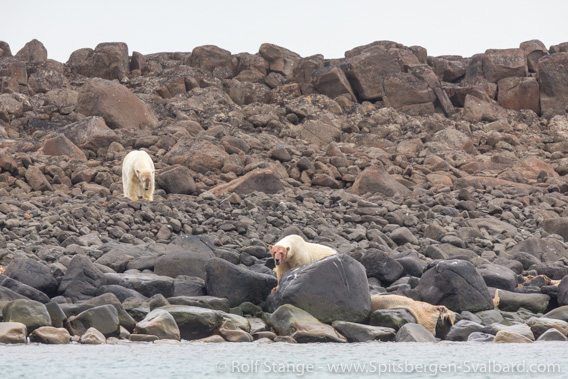 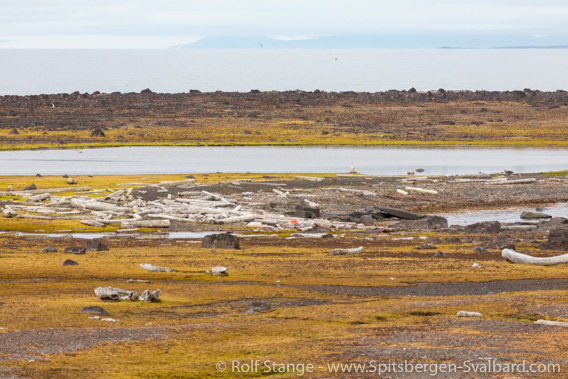 The­re are small lakes on some of the islands, whe­re often Red-throated divers breed – beau­ti­ful birds in a beau­ti­ful envi­ron­ment, but easy to dis­turb at the nest. Keep your distance! The Tus­enøya­ne are an important place also for Com­mon eider ducks and geese. The lar­ge are­as of shal­low water pro­vi­de good fee­ding grounds for wal­rus, which live on shells, which again live in the mud at the bot­tom. 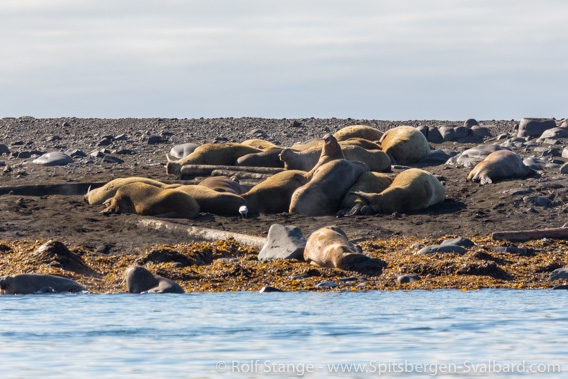 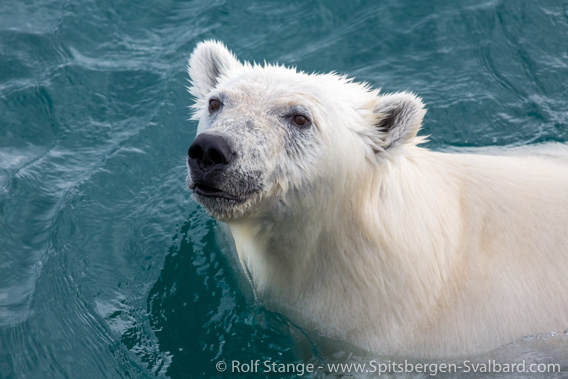 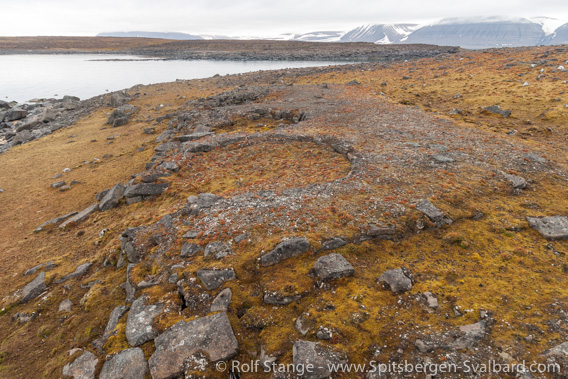 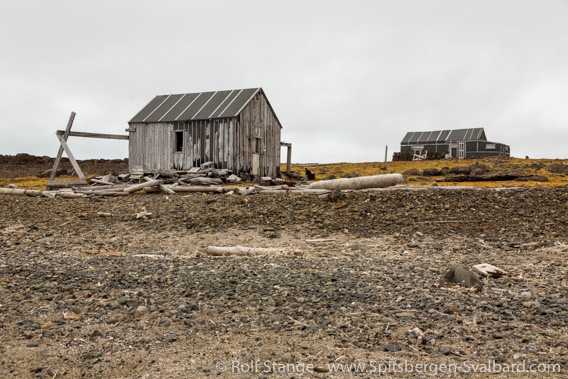