Home → Spitsbergen information → History → The race to the pole 2 …

The race to the pole 2: Danskøya

As neither ships nor sledges had turned out to be very useful to reach the pole from Svalbard, it became a bit quiet for a while and expeditions focused on investigations on and near the islands themselves instead of pushing from there further north.

Being an engineer, the Swede Salomon August Andrée strongly believed into technical progress. A journey with one of the new balloons seemed to be a good option. Supported by a wide public including wealthy industrials, the parliament and the king, he sailed to Spitsbergen in 1896 and established a base in Virgohamna on Danskøya, but a start of his ballon Örnen (The Eagle) was impossible due to difficult weather conditions.  The result of his second expedition in 1897 was the start of Örnen from the same place, Virgohamna, and the traceless disappearence of Andrée and his two companions. After 65 hours, they finally had to land on the ice because their balloon was largely iced over and thus very heavy. They struggled across the ice and finally reached Kvitøya, the northeasternmost and remotest island of the whole archipelago. There, they established their last camp, where they died after a few weeks. Their remains were coincidentally found in 1930, all three got a State’s funeral in Stockholm under great public attention. It was a sensation that, after 33 years in the ice, the films could still be developed, so we have photos of the struggle during their desperate journey over the ice. 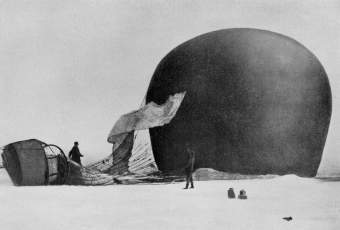 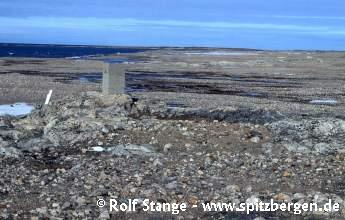 Another man who wanted to reach the north pole from Danskøya by air only a few years after Andrée was the American journalist Walter Wellman. After some early attempts to sledge over the ice from northern Svalbard and Franz Josef Land, he was convinced that airships would provide a better means of reaching the pole. The first attempt to start the airship America from Virgohamna in 1906 was doomed to fail from the start, because the engine was far too weak, and the second attempt in 1907 ended after a few flight kilometres on a small glacier on Spitsbergen. In 1909, Wellman returned for a third and final attempt. After several hours flight time, Wellman was forced to land on the sea ice north of Spitsbergen because of technical difficulties. A Norwegian ship pulled the America back to Virgohamna. Wellman did never return to the Arctic, as Peary and Cook then claimed to have reached the pole. There are different opinions as to what Wellman was: a pioneer of polar aviation or one of the greatest fools who has taken part in the race to the pole. 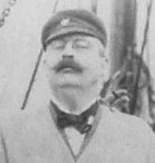 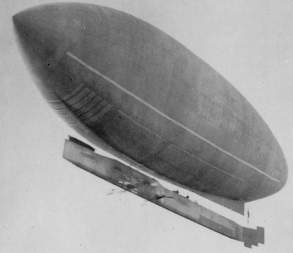