Polhem is situated on a long, narrow, flat peninsula in Mosselbukta on the north coast of Spitsbergen, just under 80 degrees north. The Swedish polar explorer Adolf Erik Nordenskiöld built a base for his expedition here in 1872. The idea was to winter there and to make a dash to the North Pole in the following spring of 1873. These plans where, however, soon crippled: first, the reindeer who were supposed to pull the sledges on the journey to the North Pole took to their heels on the first opportunity which came with a storm early in the winter. Secondly, both the expedition ship and several sealing boats were trapped in the ice which came early in the season and quickly. This went hard over Nordenskiöld’s provisions for his own expedition. In the end, he decided to abandon his North Pole ideas in favour for a long sledge expedition to Nordaustland. He travelled all the way north to Sjuøyane and made a long overland journey on Nordaustland, the very first one in this area, the second-largest island in the Svalbard archipelago. The results were scientifically most likely much more interesting than those that might have been obtained during an attempt to reach 90 degrees north. 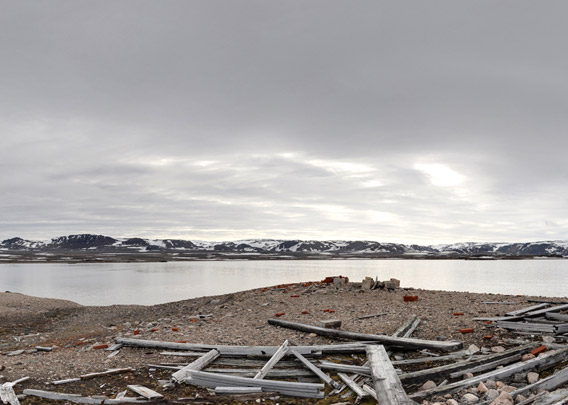 Not much is left, unfortunately, of Nordenskiöld’s expedition house Polhem. Not only the many years and wind and weather contributed to the destruction of Polhem, but also trappers and expeditioners who stole materials and did great damage by careless behaviour. This included members of the ill-fated German Schröder-Stranz expedition in 1912-13.