No permanent research station in Billefjorden 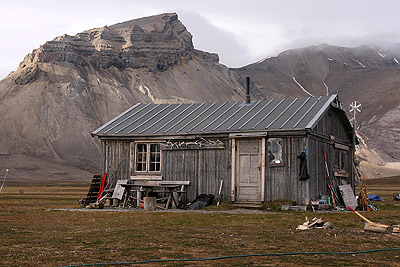 On January 05, a polar fox attacked the dogs of the weather station on Hopen, the southeasternmost island of the Spitsbergen group. Several dogs were bitten by the fox, before it was killed.

Now it turned out that the fox was infected with rabies, a disease that is rare in Spitsbergen, but had been found before (first time 1980, last time in 1999). Infections, if not treated medically, are in the end lethal, also for humans. Dead foxes or droppings should not be touched; dead foxes should be reported to the Sysselmannen so samples can be taken. 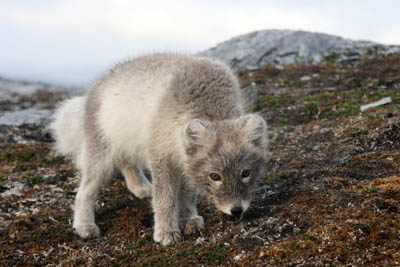 Wreck of Petrozavodsk to be removed

The Russian fishery support vessel Petrozavodsk ran aground on the southeastern shore of Bjørnøya in May 2009. A recent report states that small amounts of environmental toxins including brominated flame retardants, lead, cadmium and others are still on board and can be traced in sea-bottom sediment and marine organisms adjacent to the wreck, although concentrations are so far reported not to be harmful to marine life.

The wreck sits at the bottom of some of the largest seabird colonies of the north Atlantic, which are strictly prohibited by Norwegian law. The Sysselmannen has now recommended that the vessel, which is already broken into two parts, should be removed, acknowledging that this operation would be costly and may itself lead to the release of environmentally dangerous substances or involved personnel being put at risk.

The wreck of Petrozavodsk on the southeastern coast of Bjørnøya, early July 2010 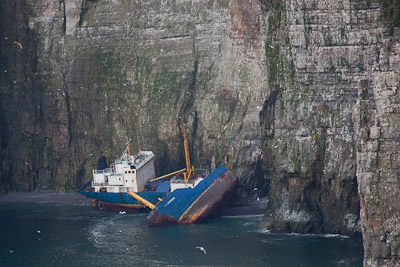