Good Christmas news: The project to remove local PCB sources from Spitsberen is now completed with the final delivery of relevant items from the Russian settlement Barentsburg to Longyearbyen for destruction in Finland.

Over three years, a total of 4.762 items, mostly older electrical components, containing the long-lived, dangerous environmental toxin PCB, have been removed from settlements in Spitsbergen. 3.750 of these come from the Russian settlements Barentsburg and Pyramiden. 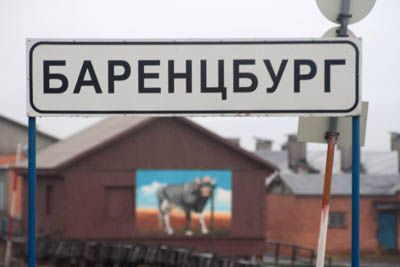 Starting 01 February 2011, everybody will have to present a passport or ID card when entering or leaving Spitsbergen territory. This is due to regulations of the Schengen treaty, which requires pass control on the outer borders. Because of the Spitsbergen treaty signed in 1920, Spitsbergen („Svalbard“) is not part of the Schengen treaty area (citizens of all signatory countries have unlimited right of residence), opposed to Norway, the Schengen border is between Norway and Spitsbergen. Accordingly, Norwegian authorities are obliged to introduce pass or ID card control at Longyearbyen airport for all passengers, including Norwegian citizens. 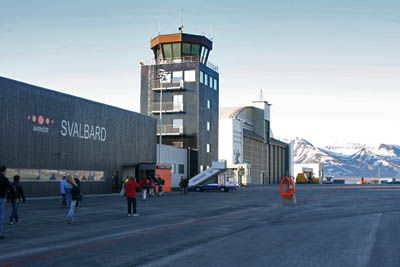 Northern light activity is connected to the activity of the sun, which constantly sends charged particles into space that react with the Earth’s higher atmosphere and magnetic field. The sun’s activity varies slightly with an 11 year periodicity. The next maximum is expected near 2013/14. Northern light fans should be on watch that winter. 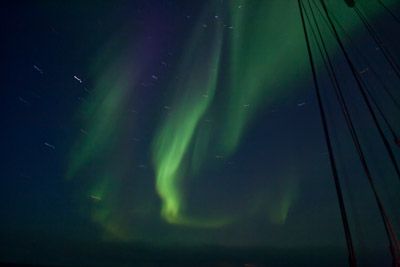 The Norwegian island of Jan Mayen north of Iceland has been declared a nature reserve on 19 November 2010. The protected area includes the whole island with the exception of the station area and the landing strip. Additionally, a 12 mile zone around the island is also protected.

The regulations are similar to those concerning the nature reserves in the Spitsbergen islands, but tourism – very limited on Jan Mayen anyway – will have to deal with restrictions: landings from ships inside the nature reserve are prohibited unless the station commander gives permission (this formalizes a common routine) and camping is only allowed for station crew and their guests. 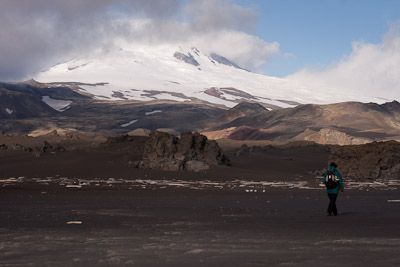