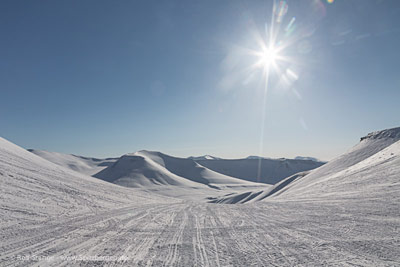 The days between Christmas and New Year´s Day the crew of the Norwegian weather station on the remote island Hopen was visited by an exceptionally high number of polar bears. On single days up to six polar bears were convened around the small group of houses, as the station´s cook, Bjørn Ove Finseth, reports on the station´s official website. Among them there was also a mother together with its two 2-years old cubs. They found a comfortable place to rest on the stations helicopter landing place. As members of the crew have to leave their sheltering quarters constantly for meteorological measures they were forced to chase the bears away again and again. As Finseth suggests, this was the reason for some busy days between the years. Fortunately there was never a critical situation neither for humans nor animals.

The small, streched island Hopen belongs to Svalbard. It is located in the far southeast of the archipelago. Since 1945 the Norwegians operate a meteorological station there. Currently the station is run by a crew of four persons during wintertime. Hopen is one of the breeding places for polar bears in Svalbard. 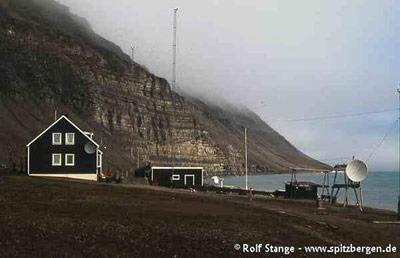 It is more than 13 months ago that I have been to Antarctica. Time to get back, no doubt. Today (Friday, January 09) we are starting in Ushuaia with MV Ortelius. Tonight, we will get the two helicopters on board, and then we’ll cross the beloved Drake Passage, heading for the Antarctic Peninsula. But we want to get much, much further than that: Peter I Island, the Ross Sea and Campbell Island are on the wishlist for the next couple of weeks … advanced Antarctica, as one might be tempted to say.

Follow us on my regular blog on antarctic.eu – almost daily news from the very deep south. And keep your fingers crossed for good weather and ice conditions!

Treasured memories from the Ross Sea trip in early 2013: curious Emperor penguins in McMurdo Sound. See what the next weeks will bring 🙂 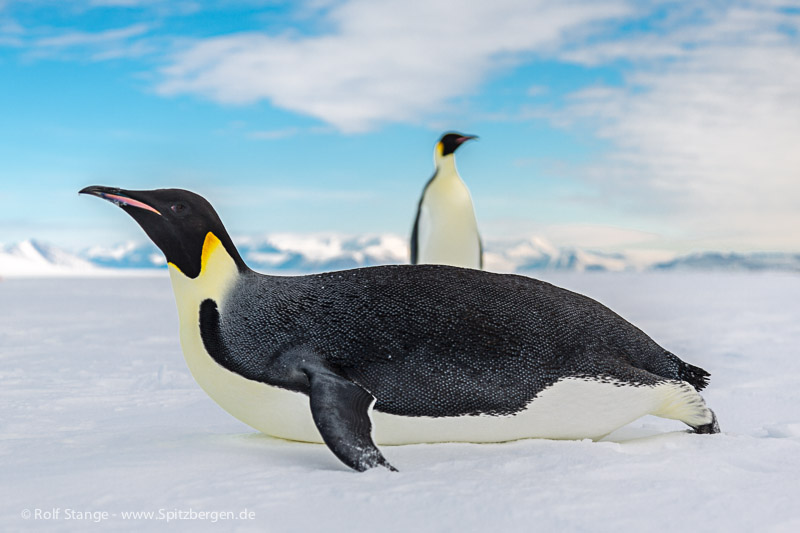 Posted on 6. January 2015 by Jan Leiendecker

The Norwegian Intelligence Service (Norsk Etterretningstjenesten) is getting a new spy vessel for operations in the Barents Sea. As it´s four predecessors the ship is named Marjata. It will be put into service officially in 2016. Since the 1950s the Norwegian Intelligence Service is practicing civil and military surveillance in the Barents Sea, since 1966 with an own vessel.

The new Marjata will be one of the most advanced ships of its kind. It is larger, has a better sensor capacity and a wider operational range than its direct predecessor which will stay in service until 2016. As the new ship will be able to cover a larger area, it is supposed that it will also operate in polar waters beyond the Barents Sea, for example around Spitsbergen. The Norwegian Parliament´s decision to build a new ship instead of improving the old one is, according to Kjell Grandhagen, chief of the Intelligence Service, a signal that a continuous Norwegian presence in the Arctic is of high priority. In the long run Norway, as well as the other Arctic states, has geostrategic interests in this region, concerning first of all access to natural resources. A new development can be seen in the poor relationship to the neighbor Russia.

As Russia announced, the country is planning to intensify its military activity in the Arctic (see also Spitsbergen-Svalbard.com news Russia intensifies military activity in the Arctic from February 2014) and after the political development in Ukraine resulting in tensions between Russia and NATO several cases of border violations by the Russian military were recognized in Norway and other Scandinavian states. As a reaction on Russia´s activities in Ukraine the Norwegian government recently decided to suspend its long lasting cooperation with the Russian military continuously until the end of 2015. This cooperation is already interrupted since March 2014.

However, in the fields of coastguard, border guards, search and rescue operations and the Incidents at Sea Agreement both countries will continue cooperation as well as the contact between the Norwegian Defense Headquarters and Russian Northern Fleet will be continued. These cooperations are supposed to ensure security and stability in this region.

One of the new Norwegian spy vessel´s tasks will be to register and to document all military activities close to Northern Norway so that possible deviations from the norm can be recognized. 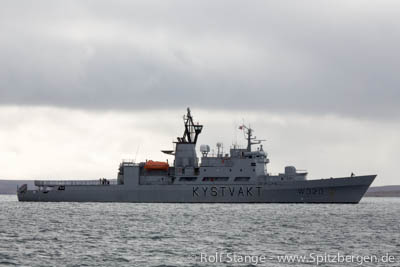 The new year (happy new year to all visitors of this website, by the way!) has a good start, with a slightly delayed Christmas present from the Norwegian government: as announced, the Norwegian Polar Institute has made the digital maps from the Arctic and Antarctic available as downloads. So far, the nice digital maps from Spitsbergen, Jan Mayen and the Antarctic (Peter I Island, Dronning Maud Land) could only be viewed online. Now, they can be downloaded in pixed-based and vector file formats and used under “Creative Commons Attribution 4.0 International (CC BY 4.0) License”. This means the maps can now be used offline in the field and by authors, website owners and others for publications and this will make some people happy, including the present owner.

TopoSvalbard, the digital Spitsbergen map. Now, the map data can be downloaded for offline use. © Norwegian Polar Institute. 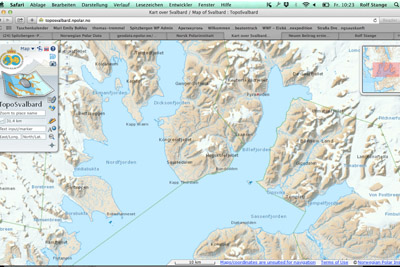