Andréeneset is a flat, very barren peninsula of a few kilometres of ice-free land on the west side of Kvitøya, Svalbard’s northeasternmost island. This is the end of the world in the western European Arctic, neighbouring Frans Josef Land is not far from here.

Kvitøya is a rather hostile island. The name, „White Island“, is derived from the ice cap Kvitøyjøkulen that covers most of the 700 square kilometres. There are just a few small spots of ice-free land: Kræmerpynten on the eastern end – Norway’s easternmost land area anywhere – and Hornodden, a small tip of land on the south side, next to Andréeneset in the west. 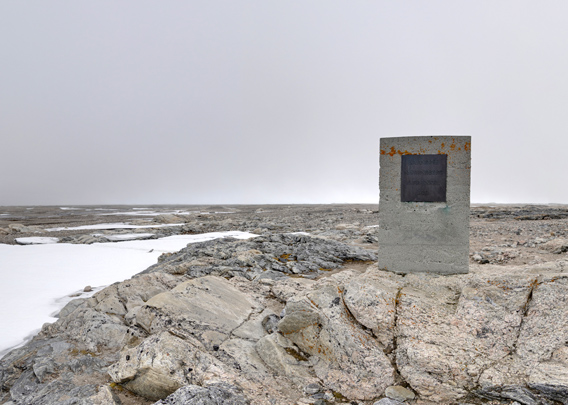 Andréeneset is quite exposed. Next to the often rough weather, polar bears make landings frequently impossible. If you happen to be lucky enough to go ashore, you can visit the site of the final camp of the Andrée expedition: this is where Salomon August Andrée, Knut Frænkel and Nils Strindberg put up their tent for the last time after the long march over the ice, on 05 October 1897. Their mortal remains and the ruins of the camp were only found 33 years later, in 1930. There is a simple concrete monument on the rocks next to the Andrée site. Andrée, Frænkel and Strindberg received great public attention in Sweden and around the world, they were honoured with a state funeral in Stockholm. Their exact cause of death is still a matter of educated speculation.