After a long sailing passage around the south cape – up to 11.5 knots under sail – it was time to stretch legs a bit in Recherchefjord. In Van Keulenfjord, it was a bit grey; in clear weather, it is one of the most beautiful scenic areas of Spitsbergen. The same can be said about Kongsfjord, where the weather was clearly improving. Hold on – before we came that far, we had gone through Forlandsund, visiting walrusses and enjoying an afternoon under sails, listening to the drama of Møkleby and Simonsen and later even visiting the remains of the geophysical observatory at Kvadehuken, where their tragedy had started.

Well, it was a bit of a surprise that we had traveled Spitsbergen for a good 10 days with seeing anything really of a polar bear. This was to change in Smeerenburgfjord, much to everybodies delight. 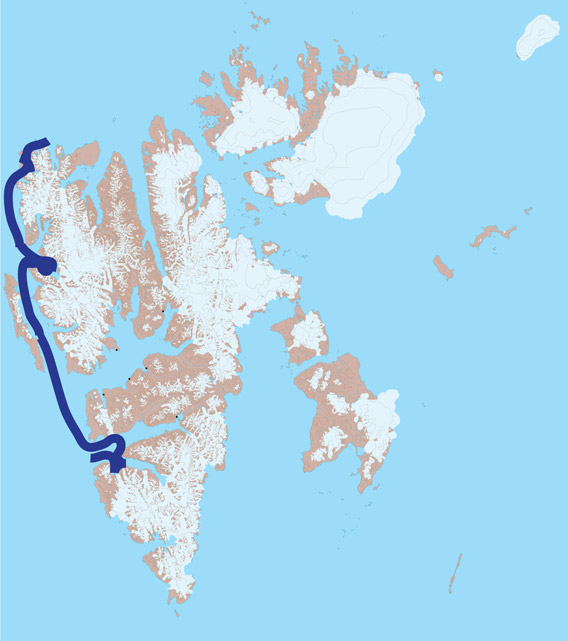