Sorte Ø („Black Island“) is lying in inner Scoresbysund, between northern Rødefjord in the west, Snesund in the east and Storeø in the north. It is typical for the regional geomorphology that Storeø’s eastern shore is a steep rock cliff, whereas the slopes on the western and northern side, more exposed to the erosive powers of the ice age glaciers, are softer and more gentle, giving some tundra space to grow and allowing for some walks up to elevations, from which you have good views over the surrounding waterways with countless drifting icebergs and the coasts of the surrounding lands and islands, including Milne Land, which is steep and glacier-covered on top. 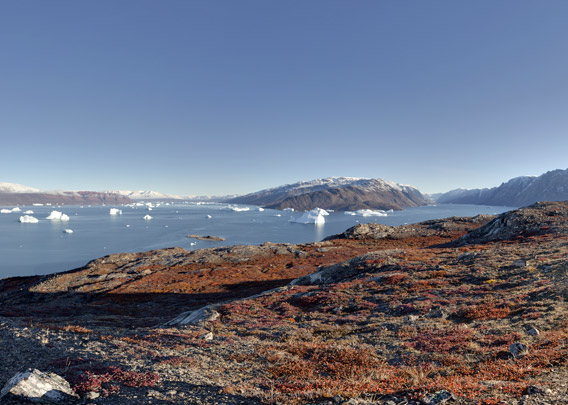