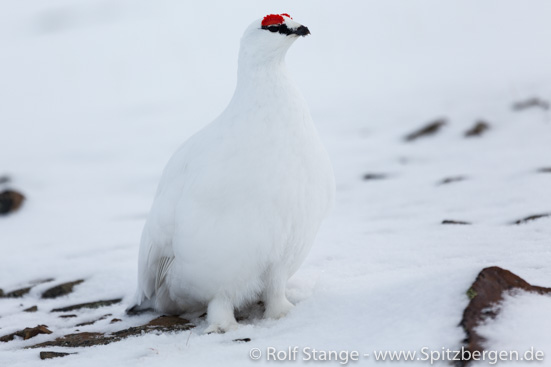 Descrip­ti­on: The Rock ptar­mi­gan is 35-40 cm long and 490-1200 g in weight. Rock ptar­mi­gans moult three times a year. White during the win­ter, brow­nish sum­mer plu­mage. The male always has a red stri­pe abo­ve the eye. 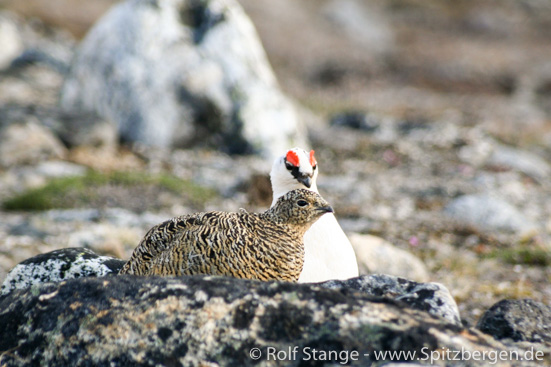 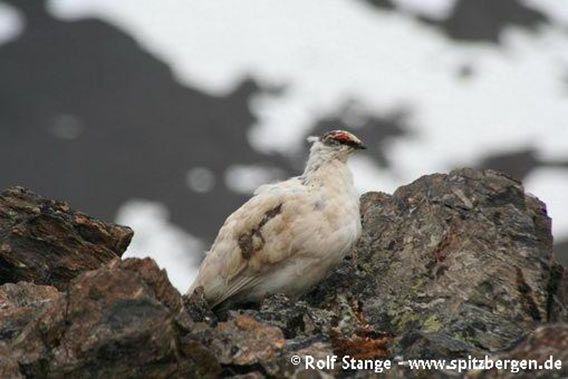