Several smaller, mostly Norwegian companies claimed properties in Grønfjord, known as Green Harbour, in the early 20th century. Geological investigations were made and a hut was built here and there to add some strength to the claim, but nobody made it to the stage of actual mining until the Dutch Nederlandse Spitsbergen Compagnie (Nespico) bought the property on the east side of Green Harbour and built a small mining settlement which they soon called Barentsburg, after Willem Barentsz who discovered Spitsbergen in 1596. The first mine from that period (Nespico, not Barentsz) was most likely exactly in this position, on the south side of Gladdalen, just a few metres behind today’s buildings. 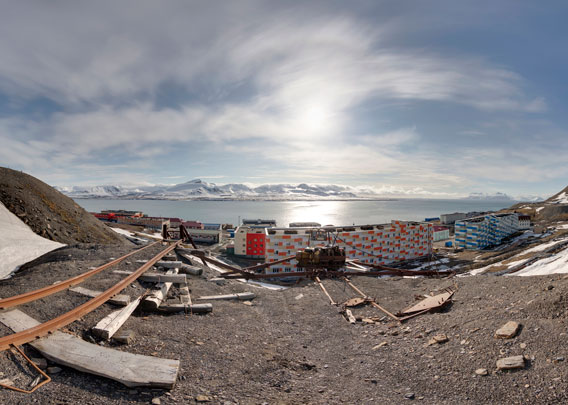 The mine entrance that we can see here today is certainly not from the Dutch period in the 1920s, but from a younger date. 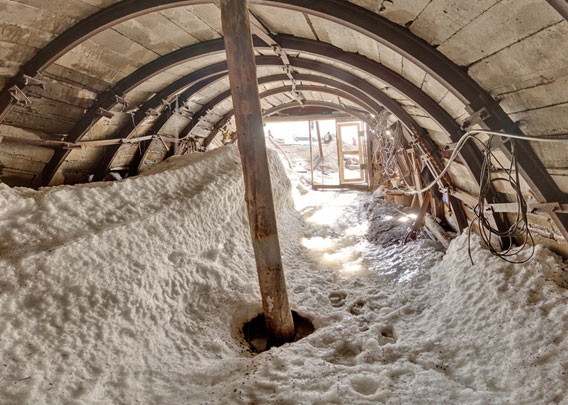 Nespico came into financial difficulties already after a few years and stopped mining in 1926. In 1932, the property was taken over by the Russian Trust Arktikugol who still own and run Barentsburg today.