They wanted to reach the North Pole in Fridtjof Nansen’s footprints, but their expedition ended temporarily on Spitsbergen. The French adventurer Gilles Elkaim and his wife Alexia started their expedition last year in summer in Kirkenes with his sailing vessel Arktika (not to be confused with the local boat Artika II from Longyearbyen). A visit of Spitsbergen was actually not planned before 2018 – on the way back. Gilles Elkaim and Alexia Elkaim actually wanted to winter in the ice north of the New Siberian Islands, to continue the journey to the North Pole with dog sleds.

Bad weather and a damaged engine

Rough weather conditions and a damaged engine forced them in October last year to look for protection in the Duvefjord. The Duvefjord is strictly protected and a permit is required in advance for all travels there. 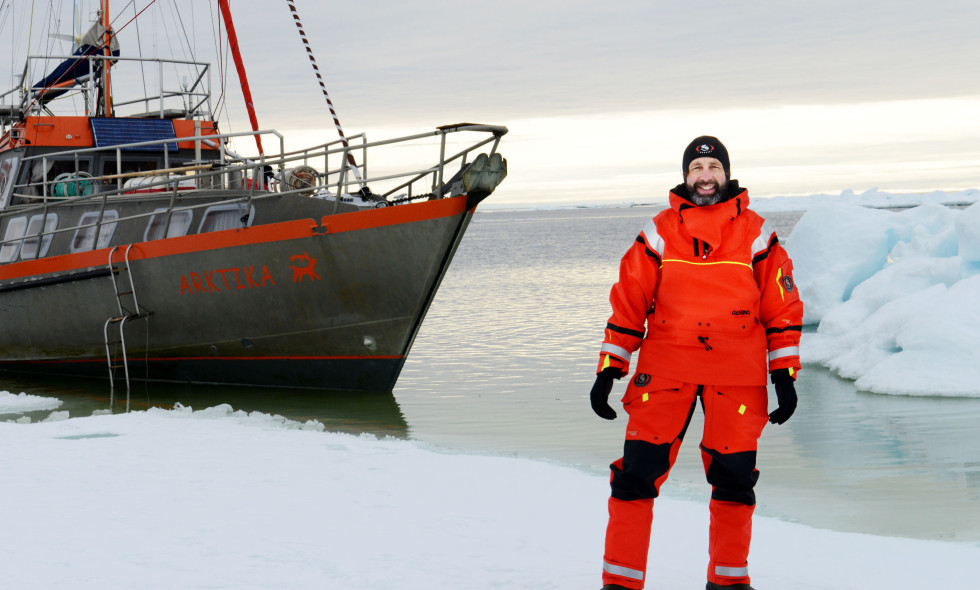 Spitsbergen’s governor -called Sysselmannen- said that she was only informed by reference to Elkaim’s travel blog about the stay of the Arktika in the Duvefjord. According to his own statement Elkaim had informed the authorities on Spitsbergen in time on October 8th 2016, but did not receive any reaction. On October 19th, the Arktika was towed to Longyearbyen by Spitsbergen’s authorities.

Since Elkaim did not want to pay a fine of 25,000 crowns, he ended up in front of the court. The Norwegian authorities even confiscated the passports of Elkaim and his wife so that they could not leave Spitsbergen. Elkaim has now been sentenced to 30,000 crowns (around 3,300 €) by the regional court Nord-Troms.

According to court the adventurer has violated several laws. The Arktika anchored several times between strictly protected islands between the 24th of August and the 19th of October. Elkaim had imported dogs without permission and did also not properly register their journey.

Elkaim does not accept the verdict and wants to appeal. He also complains that the nature reserve is extremely polluted with rubbish. He told the Norwegian state channel NRK on the phone: “I’m not a criminal. What is a crime about going ashore and collect garbage in an area that Norwegian authorities should have cleaned? What is the meaning of a nature reserve where the polar bear feeds from plastic?” 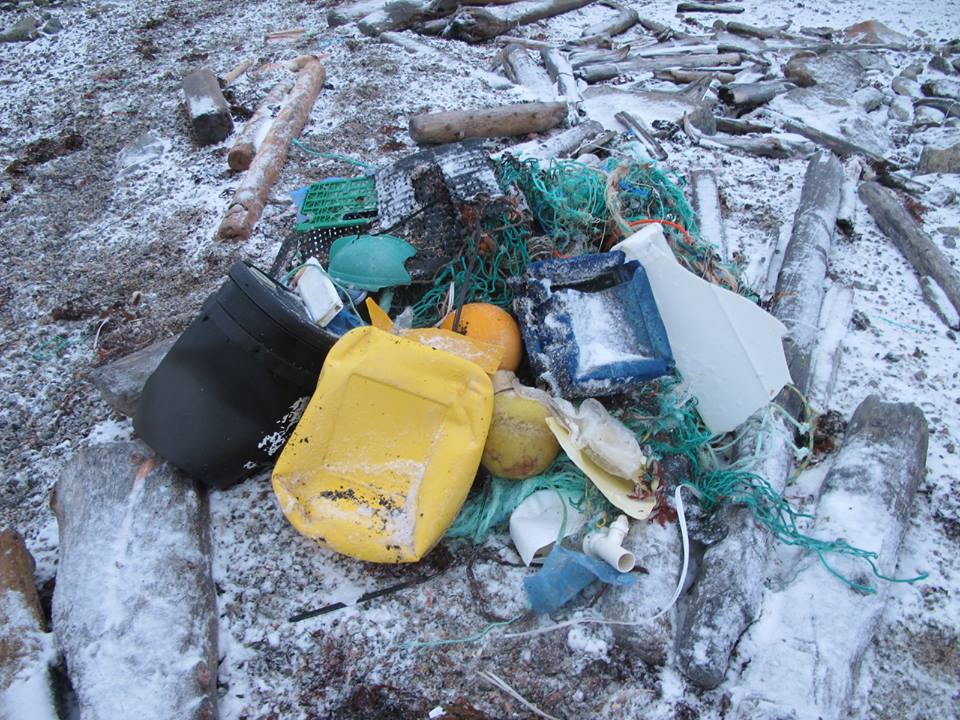 Elkaim wants to stay in the Russian settlement Barentsburg until summer, where he was kindly accepted as he said. Then he want to travel further towards the North Pole. Hopefully without any engine damage.

Melting ice in the Arctic leads to air pollution in China

The enormous air pollution in major Chinese cities could be related to arctic melting sea ice. This surprising link between global warming and air pollution is the result of a study, that has now been published in Science Advances.

Air pollution is nothing new in China’s big cities. However, the haze was particularly bad in January 2013, where the limit values were exceeded in almost all major Chinese cities for four weeks.

Melting sea ice in the Arctic and persistent snowfall over Siberia led to a change in air circulation at the end of 2012. The cold air masses moved towards east to Korea and Japan, while in eastern China the air was not moving at all. In Winter there are usually strong winds in regions such as Beijing.

The scientists are sure that melting ice and heavy snowfall have at least intensified the haze. They suspect that similar events will happen in the future and that the Olympic Winter Games in 2022 could also be affected. 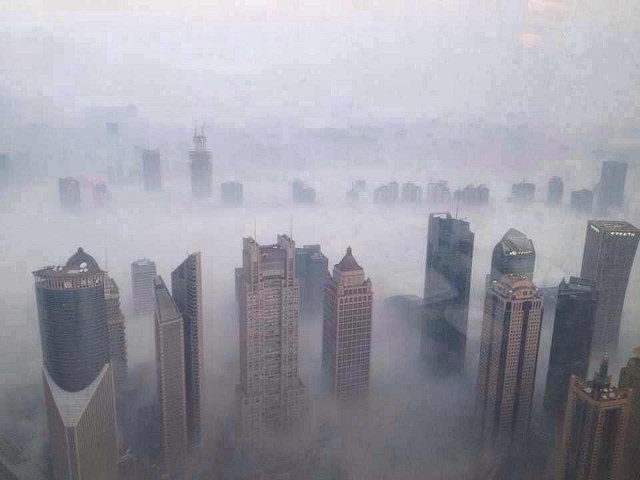 In the middle of February she shows herself for the first time after the long polarnight. But first on March 8th her rays reach Longyearbyen, which is surrounded by mountains. The return of the sun is celebrated by the inhabitants of Spitsbergen one week with open-air services, exhibitions and concerts. Even the avalanche warning, which is still valid, can not cast a shadow on this event.

Waiting for the sun… 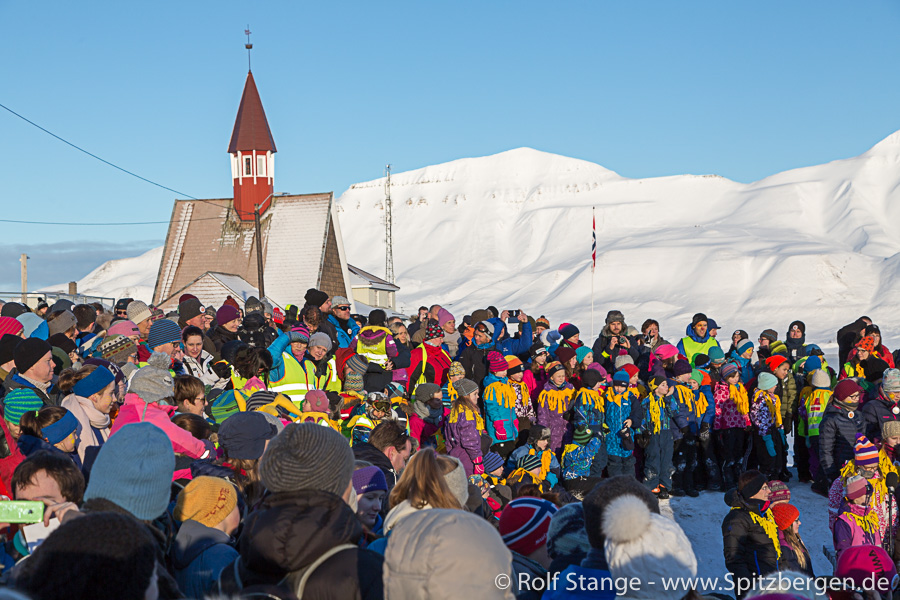 Many popular Norwegian musicians are coming to Longyearbyen in these days. The Elektropo Duo Bow To Each Other, the Rapper OnklP Og De Fjerne Slektningene (“Uncle P and the remote relatives”) and the most northern blues band of the world, the Advent Bay Poolboys.

The highlight of the week happens on the 8th of March, when everybody shows up in front of the old hospital to welcome the sun together. Children have their necks decorated with a yellow felt sun. When the sun throws its rays onto the stair steps of the building for the first time, she will be traditionally greeted with cheers and singing and her return will be officially declared.