If you have seen the birdlife of Spitsbergen, then you will never forget the concentration of wildlife at the cliffs where up to several ten thousand breeding pairs of Brunich’s guillemots are crowded together on incredibly steep cliffs. The decrease in numbers has now lead to the species being included in the Norwegian Red List. Mainland Norway has seen a number of seabirds colonies virtually disappearing in recent years. The situation in Spitsbergen is not (yet) that bad, but the new classifaction sends a clear signal. The reasons for this development are not yet fully understood, but are likely to be linked to changes of food availability, which may again be related to climate change and/or overfishing.

The Brunich’s guillemot is not the only species that is new to the latest edition of the Norwegian Red List. This does not necessarily mean that the new species, mostly grasses, are in a situation worse than they used to be: In some cases, the reason is simply more information, for example about a very limited distribution area which is in itself reason for concern. 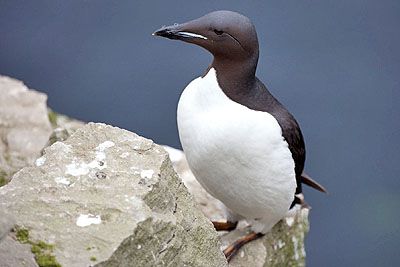