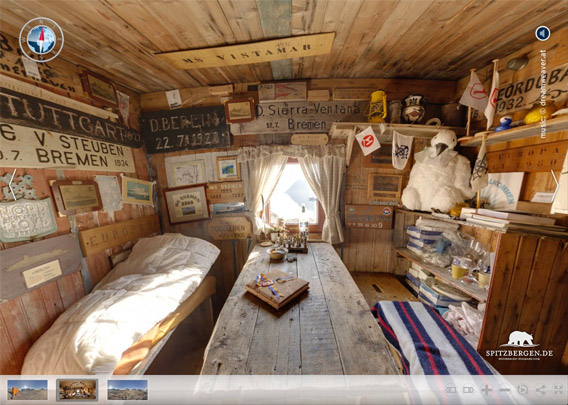 In 1912, the ship­ping com­pa­ny North Ger­man Lloyd took over the pos­si­ons from 1910, but did not do much the­re other than buil­ding a hut in 1912 (or 1925, depen­ding on source), which was a com­mon way to keep a claim upright. This hut got later known as “Lloyds Hotel” and it quick­ly beca­me a popu­lar crui­se ship desti­na­ti­on. The­se left plaques with their names and dates on the insi­de walls of the hut, thus tur­ning it into a kind of litt­le muse­um for the crui­se ship histo­ry in Spits­ber­gen, which is going back later than you might think: it is a regu­lar acti­vi­ty sin­ce the late 19th cen­tu­ry and not at all a very recent inven­ti­on.