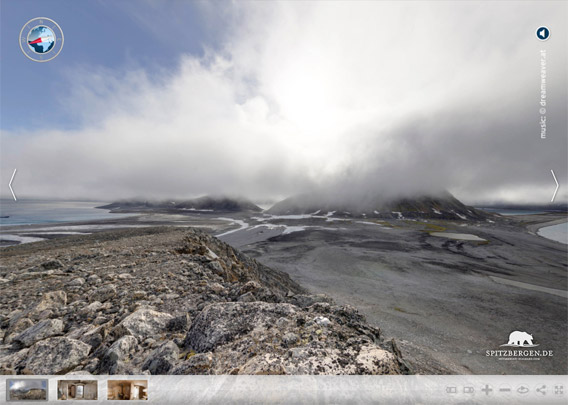 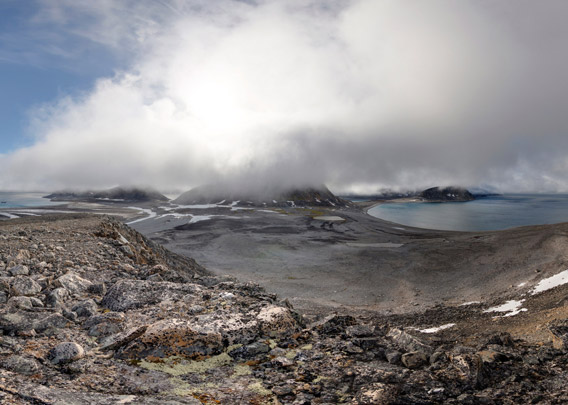 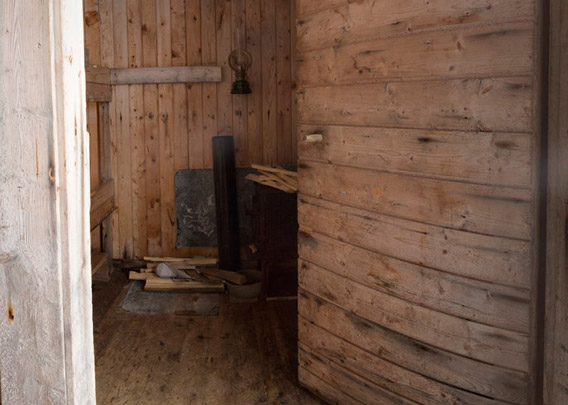 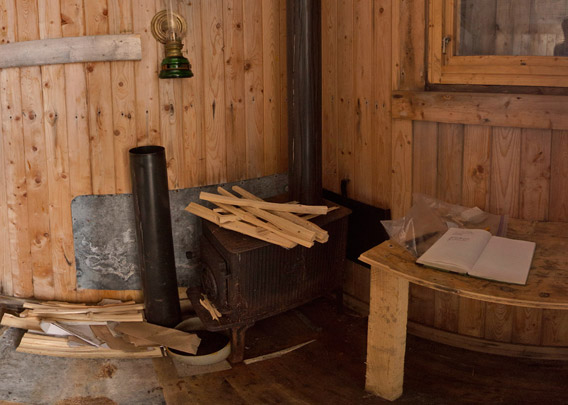 This hut is just an emer­gen­cy shel­ter. It is accord­in­gly very small and it has never been used for a win­te­ring or any other pur­po­se. Neit­her has it ever been used by cas­ta­ways, as far as known.