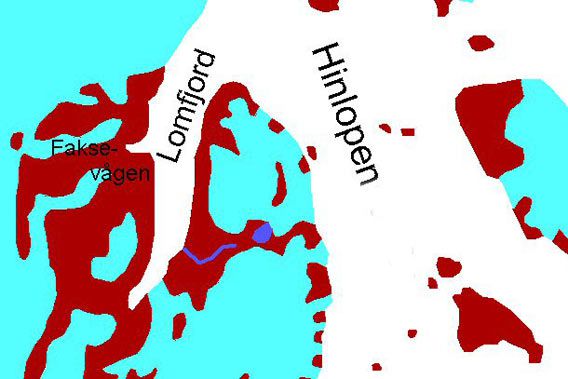 General: Scenic fjord that cuts from Hinlopen into northeastern Spitsbergen. The fjord is mainly visited because of nice hiking opportunities in the side bay Faksevågen. It can also be sheltered in case of strong winds elsewhere. The name is most likely derived from an old, Dutch word for »Guillemot« (»Lumme« in German) and refers to to the breeding colonies of Guilllemots in the area.

The waters are partly uncharted. 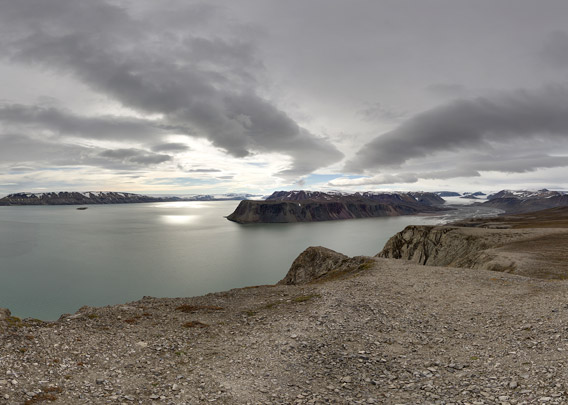 Faksevågen, small bay on the western side of Lomfjord and a nice hiking area.

Geology: Lomfjord is geologically interesting because one of Spitsbergen’s major tectonic lineaments is cutting through it, the so-called Lomfjorden-Agardbukta fault zone, which is responsible for the completely different geology to either side of the fjord: Precambrian, steeply-depping sediments on the western side including Faksevågen, often showing beautiful colours and nicely preserved details such as ripple marks and desiccation cracks. On the other, eastern side of Lomfjord, upper Palaeozoic horizontal sediments (carbonates, sandstone) with a distinct dolerite sill, which is the same one that is responsible for the mighty cliffs of Alkefjellet in Hinlopen not far from Lomfjord. 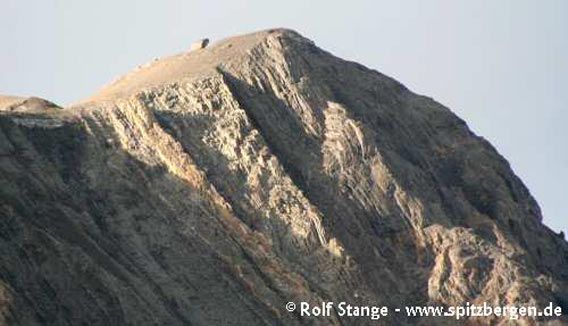 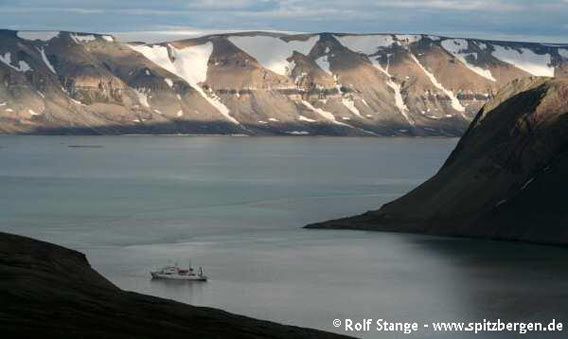 Landscape: The scenery is characterized by wide ice caps and glaciers, mountains topped by extensive plateaus and colours that can be beautiful if the light is right, from the multi-coloured sediments. The terrain allows walks and nice, long hikes. 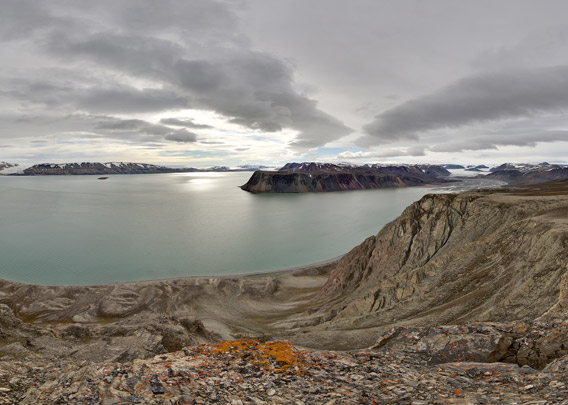 Flora and Fauna: The tundra is surprisingly rich, certainly to Hinlopen standards, and is home to a number of reindeer. Brunich’s guillemots are breeding on steep cliff sections, especially just around the corner at Alkefjellet, and polar bears and walruses may be seen, especially when there is drift ice around. 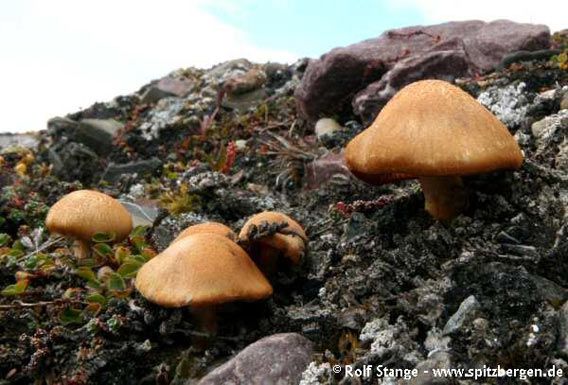 Tundra with mushrooms in Lomfjord / Reindeer with the ice cap Valhallfonna north of Lomfjord in the background.

History: Not too much has happened in Lomfjord. The old whalers may well have known it. The ill-fated Schröder-Stranz-Expedition (1912-13) almost managed to get stuck there due to ice. The area was occasionally visited and used by trappers in the 1920 and 1930s, but has never been one of the best hunting grounds. Maybe the huts were too deep in the fjord to reach the ice drifting in Hinlopen Strait where polar bears were certainly quite abundant.