In the polar areas, we are talking about a seasonal climate, in contrast to the time of day climate in lower latitudes, where temperature variations between day and night are more pronounced than between different seasons. See also when to travel.

In Isfjord, the sun remains below the horizon from October 26 to February 15. The dates will vary a bit depending on your exact position and the actual temperature layering of the atmosphere: in case of cold bottom layers overlain by warmer air masses higher up, the thermocline (the layer with the abrupt temperature change) will act as a mirror, making the sun visible even when it is actually just under the horizon. As a result, the polar night may appear a couple of days shorter than it actually is, astronomically. 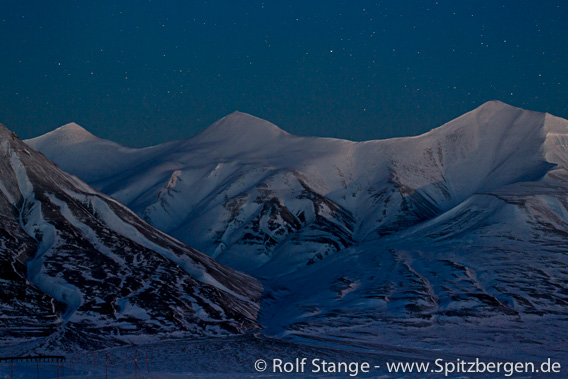 We are talking about the polar night in a stricter sense when the sun is at least 6 degrees below the horizon. In Longyearbyen, this is the case from November 11 to January 30. The whole period from October 26 to February 15, when the sun is under the horizon, but less than 6 degrees at times, is called the dark period (mørketiden). 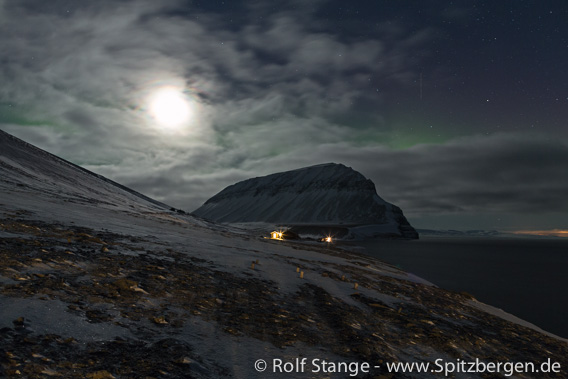 Polar night in Bjørndalen. Also this photo appears brighter than reality. Light sources: the full moon, a hut and Barentsburg outside the photo on the right side in the distance. Early January evening. 15 sec., f 5.0, ISO 1600.

It depends very much on the weather at any given time what the polar night looks like. The range of options is from pitch black when it is cloudy to surprisingly bright when it is clear and the moon or a northern light provide some light. Then, it is possible to move around in the field, to some degree and with care. You just have to imagine a winter night in open, snow-covered terrain at home to get an idea. You can actually get examples for almost all sunlight situations that you may experience in the high arctic also in mid latitudes: all you have to do is to find a time of day, which will in any case be more or less close to sunrise or sunset, that corresponds to a given season in Spitsbergen. This way, you can get, at least for a few moments, an idea of the light that you may have in Spitsbergen for hours, days or even weeks. 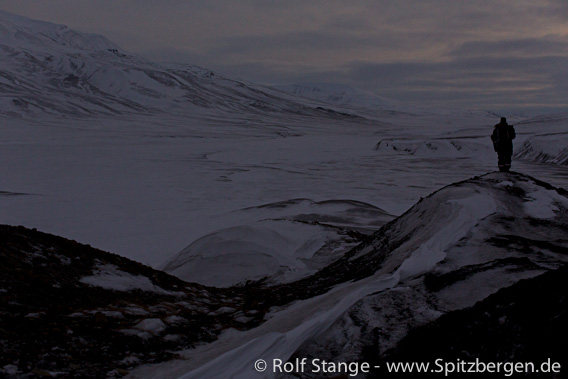 From mid November to mid January, the weeks around the winter solstice, you don’t see any sunlight at all: real polar night, the sun is 6 degrees ore more below the horizon. On fine, clear days, you may see the faint silhouette of mountain tops on the southern horizon, getting more pronounced in early January. Towards mid January, you can speak about twilight during mid-day. The twilight period is getting longer, and when the sun appears above the horizon on February 15, you have already got several hours of light both morning and afternoon. It is the kind of light you have in lower latitudes just after the sunset. When you can actually see the sun depends obviously on the terrain near your location. In Longyearbyen, the sun will come up above the mountains on the southern horizon on 08 March.

The days are quickly getting longer now, and the spring equinox will bring a normal rhythm of day and night, but the sun will never be far from the horizon, a fact that can result in stunning light that may last for hours. It is amazing how quickly the light and the duration of the sun above the horizon are changing from day to day in late March and early April. 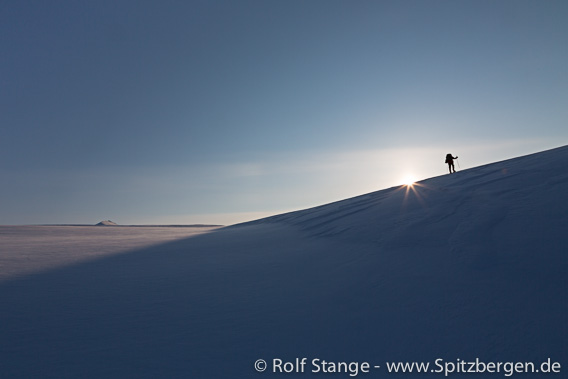 Return of the sun in March.

On April 20, the midnight sun comes back to Isfjord: the morning of the polar day. In late April, there is no such thing as twilight anymore. In May and June, the sun is above the horizon all the time, making the light sometimes a bit boring for photographers. 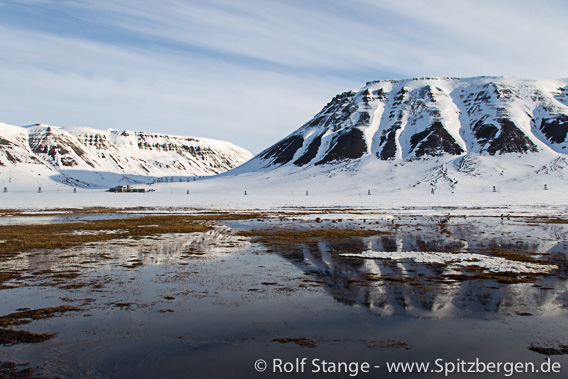 Tundra in Adventdalen, late May.

The maximum amount of daylight is around the summer solstice in late June. In mid July, the light is getting a bit warmer again during the “night”, when the sun is slowly approaching the horizon again, but it won’t be before August 20 that it actually goes down for the first time for a few minutes. 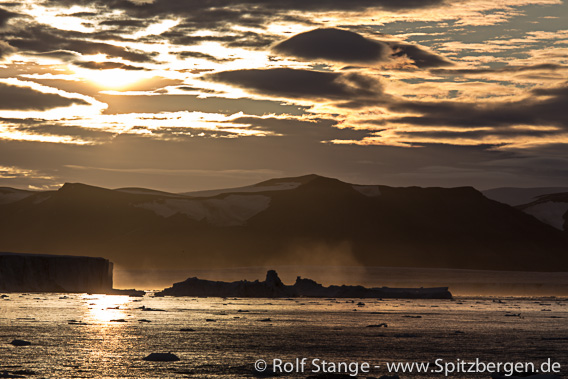 Similar late March and April, just the other way around, the days are getting rapidly shorter: it is just one month from the evening of the polar day on August 20 to the autumn equinox on September 23. Now, you are suddenly back to a daily change between day and night, as you know it from lower latitudes, but with much longer periods of twilight. These seasons of change can provide beautiful and stunning light. 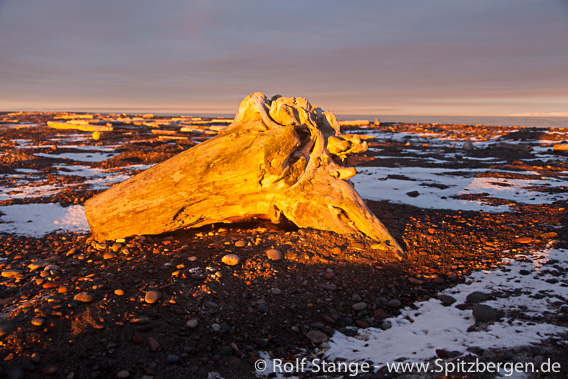 In October, darkness and twilight are quickly getting longer, limiting daylight to an increasingly shorter period around noon, before the dark period is coming back on October 26. Now it is not long anymore until the darkness of the polar night comes.

By the way, polar night and midnight sun are slightly different in Arctic and Antarctic, not just out of phase but actually different in length, in contrast to what one might expect. Read more about this here: Polar night, polar day (spitsbergen-svalbard.com news and stories, February 2014). 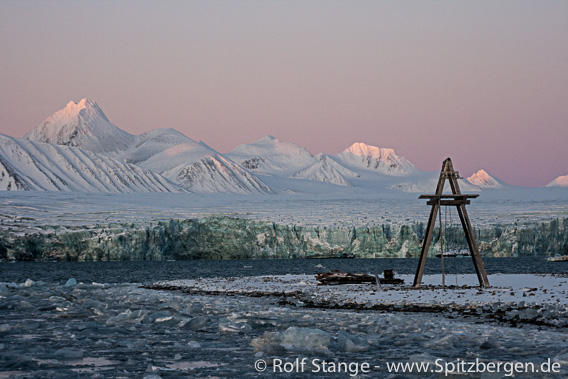