Spitsbergen’s longest fjord. It cuts more than 100 kilometres into the north coast of the island and is separated from Isfjord by less than 30 kilometres of land. 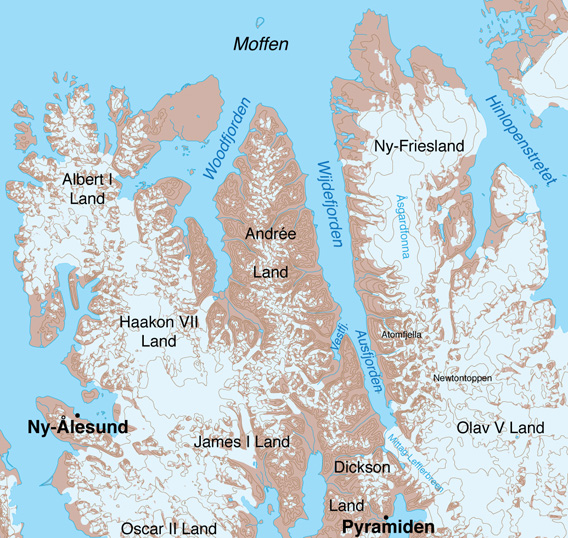 The southern part is a good trekking area which can be reached from Pyramiden in Billefjord. The middle and northern parts are less visited, as Wijdefjord is not well charted and ships can not easily sail in there.

Varied and interesting. There are hard basement rocks (mostly granites and gneiss) on the east side in Ny-Friesland. 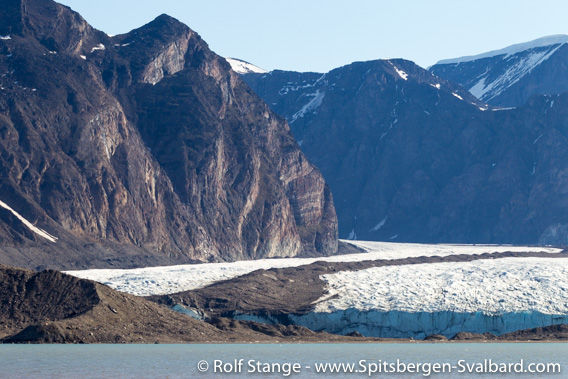 Because of the hardness and land uplift, the land elevation – and thus, also glaciation – is higher in average than west of Wijdefjord, in Andrée Land. There, bedrock consists of remants of the filling of the Andrée Land-graben, a Devonian molasse basin which was formed at the end of the Caledonian orogeny. The basin was filled with everything from coarse conglomerates to siltstone. Some of the layers have a beautiful brownish-red colour due to Hematite, an iron oxide which is a weathering product from (sub)tropical climate; at the time of deposition, more than 350 million years ago, Spitsbergen was just south of the equator. 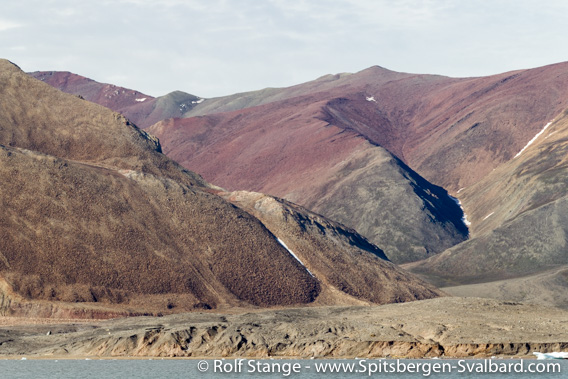 Devonian Old Red in Andrée Land on the west side of Wijdefjord.

All of this has later been deformed (Svalbardian phase in the uppermost Devonian and Alpidic orogeny in the lower Tertiary), but not metamorphosed. Today, the rocks west of the Wijdefjord are known as the ‘Old Red’. The cumulative thickness of the Old Red is at least 7-8, probably more than 10 kilometres.

In Andrée Land on the west side of the Wijdefjord, the mostly soft sandstones give the landscape round shapes and warm colours, with a lower average elevation than east of the fjord (Ny-Friesland). Thus and because Andrée Land is in the rain shadow of the mountains in east and west, there are only few and small glaciers. This is in strong contrast to Ny Friesland to the east of the Wijdefjord, where uplifted, hard basement rocks form a strongly glaciated high plateau, where Newtontoppen is situated, the highest mountain of Spitsbergen with 1713 metres. In the innermost part of the Wijdefjord, there is the wide calving front of the Mittag Lefflerbreen. The area between Austfjord (the innermost branch of the Wijdefjord) and Billefjord is a very nice area for long, demanding but very rewarding trekking. 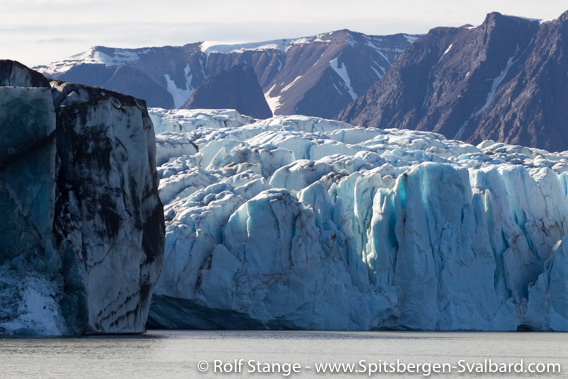 On the east side of northern Wijdefjord, there is a pretty unusual landscape with several large lakes. 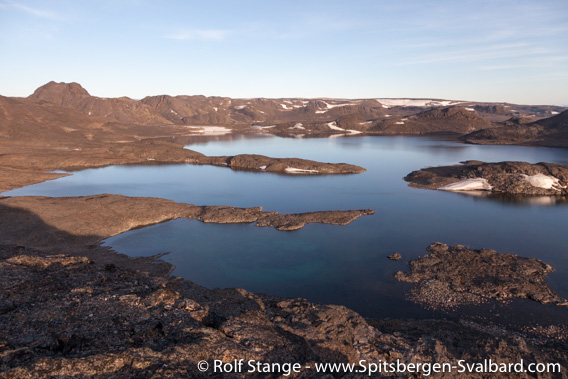 The flora is quite rich, especially on the west side of the fjord. 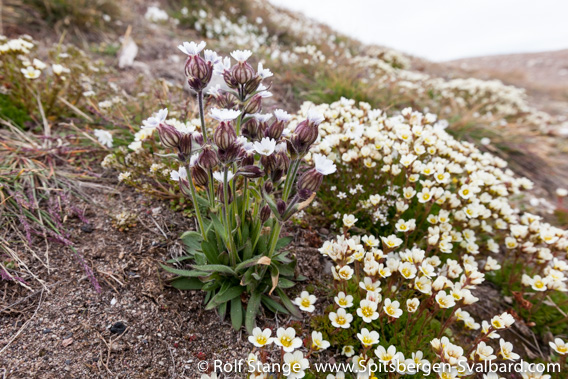 There is a gradient from the maritime climate on the outer coast in the north to the slightly more continental climate in the inner sections of the fjord, which becomes visible in the vegetation: in the more continental inner parts, further away from the coast, the summer is slightly warmer and the vegetation period hence longer. Additionally, the local climate tends to be dry and windy. The result is an arctic steppe vegetation that is unique in Europe, a factor that played an important role when the Inner Wijdefjord National Park was established in 2003.

Part of the dramatic Schröder-Stranz-Expedition (1912-13) happened in the Wijdefjord. The fjord has often been used by Pomors and Norwegian trappers, a tradition which has been kept alive there on a small scale.

There are several huts in Wijdefjord that go back to the Pomor period, like the ones at Dirksodden and Elvetangen. 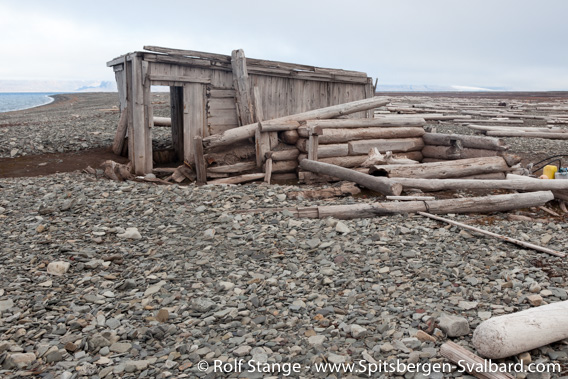 Villa Rave at Elvetangen in northern Wijdefjord. Part of the hut goes back to the Pomor area, others are younger, built by Norwegian trappers. The hut played an important role during the Schröder-Stranz-expedition.