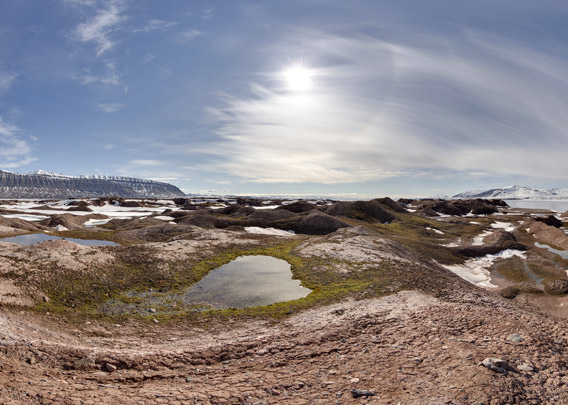 And the­re is, of cour­se, wild­life. Arc­tic terns, geese and ducks in lar­ge num­bers. You have to exer­cise gre­at care while moving around during the bree­ding sea­son. The­re are Red-throated divers on some of the ponds, and in 2013, we had a won­der­ful encoun­ter with a rare Sabine’s gull on Cor­a­hol­men.