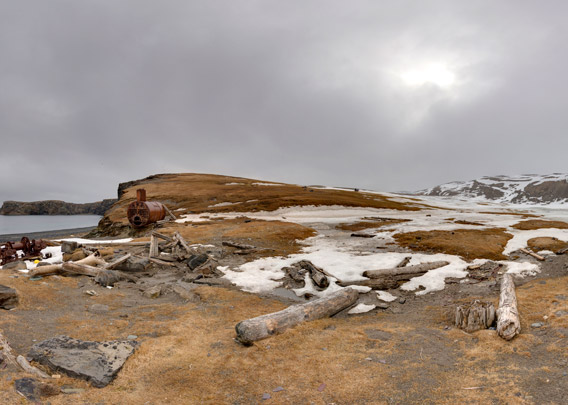 Located on the southeastern side of Bear Island, Kvalrossbukta is one of few bays on the island that offer easy access to flat ground on shore. Even though the bay is not exactly perfectly well sheltered and it has some shallows, altogether it was the best place available to establish a whaling station. 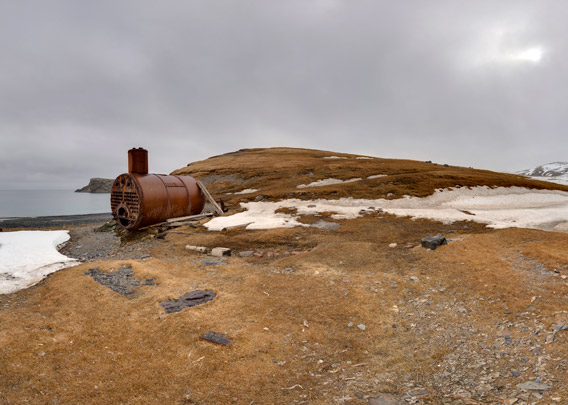 The whaling station in Kvalrossbukta was in use from 1905 to 1908, in the second phase of arctic whaling. The early whalers, in the 17th century, had used rowing boats and hand-thrown harpoons. In the early 20th century, the industrial age, the whalers had steam power and harpoon guns with explosive harpoon heads at their disposal. This meant that all whale species, including the largest and fastest ones, were on their target list. Species like the Blue whale, Finn whale and Humpback whale were driven near extinction in the north Atlantic within a few years. Then, the whaling moved south, towards antarctic waters.