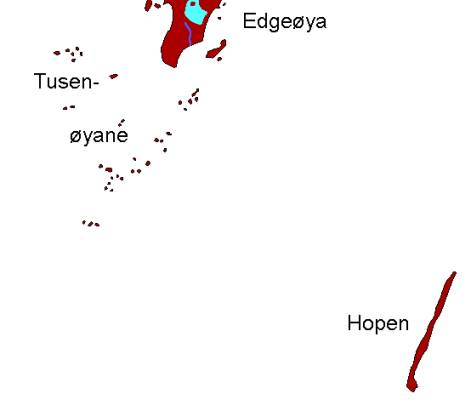 General: Small, remote island in the far southeast of Svalbard, part of the Southeast Svalbard Nature Reserve. Hopen is 37 km long and mostly less than 2 km wide. Difficult to visit because of the frequently heavy ice conditions and because of the surf, which is often breaking on the unprotected beaches. Fog is frequent, because water- and airmasses mix in the area. 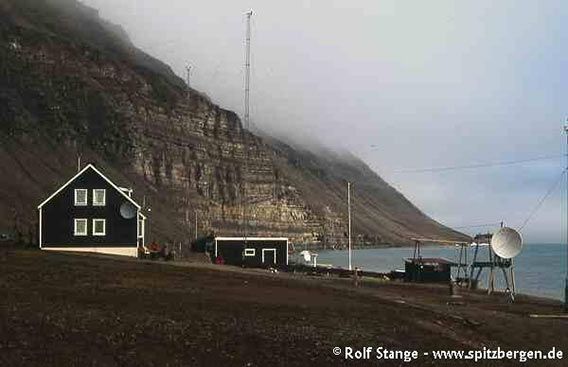 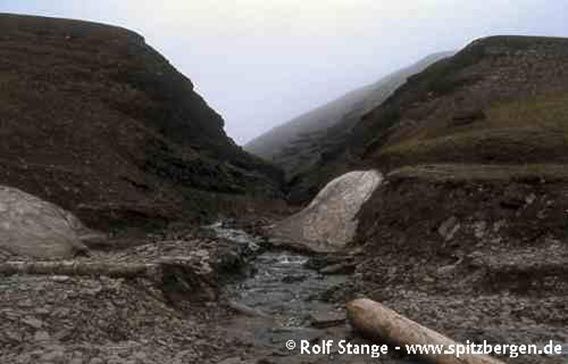 Landscape: Once part of a wide plateau, which reached from Spitsbergen across Barents- and Edgeøya to Hopen and even further. Pre-ice age rivers and then ice-age glaciers have strongly dissected the plateau, only today’s islands remain. All there is left of Hopen is a long, narrow stripe, which will, within geologically short time, fall victim to marine erosion and to the glaciers, which will probably come back in the next ice age – whenever this will happen. Parts of the ‘original’ plateau have survived so far: Hopen consists of a long belt of plateau-shaped mountains, which reach a maximum height of 385 metres above sea level (Iversenfjellet) and are separated from each other by small valleys, through some of which you can easily cross the island. The coast is mostly a steep and completely inaccessible cliff, there are only a few beaches and limited lowland areas where landings can be made under good conditions. Permafrost and solifluction have created a muddy ground of weathered Triassic sediments, which can be very soft and make walking difficult. The dark sediment rocks, together with the evident lack of vegetation, leave a very inhospitable impression on rare visitors. 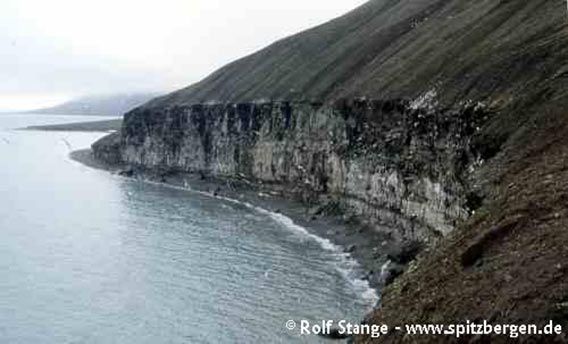 Flora and Fauna: The flora is high-arctic and limited to a few favourable spots; most of the island with its steep cliffs, ever-moving solifluction soil and frost-shattered debris is barren.The fauna is surprisingly rich. There are huge seabird colonies on steep cliffs with Brunich’s Guillemots, Kittywakes, Fulmars etc. Because of the heavy drift ice which is often around Hopen, brought by currents from the northeast, polar bears often visit the island, which is an important denning area in the winter.

During the second world war, the Russian freighter ‘Dekabrist’ was torpedoed near Hopen by a German submarine. Most people drowned instantly, only a few managed under great difficulty to get ashore. It was December, the most difficult time of the year with constant darkness, cold and heavy storms, and very few only survived the coming months until the remaining handfull (including a woman) were rescued. 1943-44, the German air force established the war weather station ‘Svartisen’ on the same place where the Norwegians have their weather station since after the war, which is still operating today, permanently staffed by 4 persons. 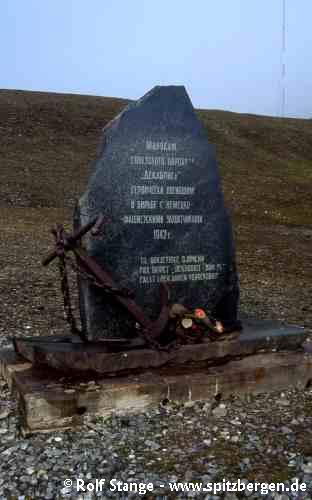