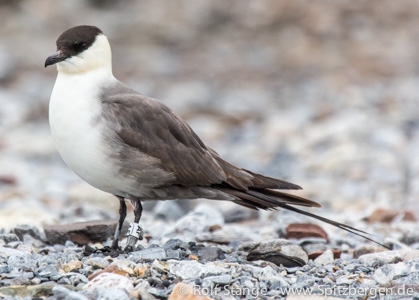 Soli­ta­ry pairs breed on flat, dry tun­dra. Both par­ents incu­ba­te the two eggs (rare­ly one) for 23 days. The chicks stay a few days only on the nest and then stay for ano­t­her three weeks with their par­ents until they are able to fly.

Mis­cel­la­ne­ous: Bree­ding Long-tail­ed skuas may be curious and come qui­te clo­se to visi­tors. Of cour­se you must still keep a good distance from the nest.