The History of Spitsbergen

Find some more details regar­ding the various pha­ses on the fol­lowing pages: 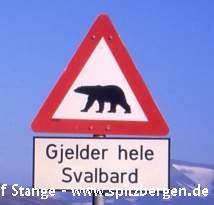