Environmental situation in the Barents Sea

The new environmental status report of a Norwegian working group that includes a number of research institutions has been published in February. It summarizes scientic data concerning various environmental developments. The report (Norwegian) is detailed and has yielded expected development as well as surprises.

Plastic rubbish, mostly »lost« from fishing vessels.
Washed up onto and collected from a small part of a remote beach in Hinlopen Strait, northeastern Spitsbergen. 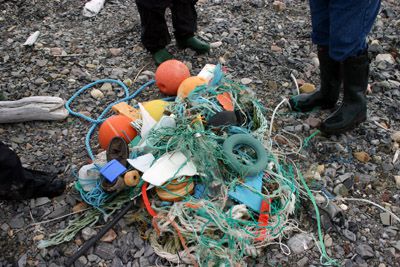 A possible closure of most parts of eastern Svalbard has been discussed on these pages on several occasions (see for example June 2009). The Norwegian Directorate for Nature administration (Direktoratet for naturforvaltning, (DN)) had made a proposal to close most of eastern Svalbard for tourists. The Sysselmannen disagreed with the proposal, which would normally lead to major changes or discarding. The proposal has, however, been forwarded to further bodies of the law-giving process without making any significant changes, a very unusual step.

The main reason for the proposal was that the areas should be kept as »untouched scientific reference areas«. This rather vague reasoning could not be explained any further, other than claiming a »precautionary principle«. After this has met strong criticism, nature protection was added.

The proposal is strongly criticised, including:

Despite being rejected by the Sysselmannen, the proposal has been forwarded by DN to the higher Ministry of the environment, where decisions on further steps have to be taken.

A result of the process could be a loss of public confidence into science and administration, if »science« is (ab)used as an argument by political decision makers without solid scientific argumentative basis, similar to Japanese »scientific« whaling.

Source: Svalbardposten and other (including verbal discussions)

The mining company Store Norske could, in 2009, for the second time conclude with a profit of about 400 million Norwegian crowns (ca 48.7 million Euro), mainly due to good coal prices before the break-out of the crisis and advantageous financial business (»kull-hedging«). The lookout seems less bright: Store Norske has to deal with falling world market prices, cancellation of orders, and deteriorating coal quality in the largest mine, »Svea Nord«, near Sveagruva, where 2 million tons were mined last year. The mine is expected to be closed in 2014; Store Norske has plans to open another mine in the area.

The future of mine 7, the only mine near Longyearbyen still in operation, is uncertain as it has been producing deficits for a number of years.

Coal mining, quo vadis? He does not know either. (miner in Longyearbyen) 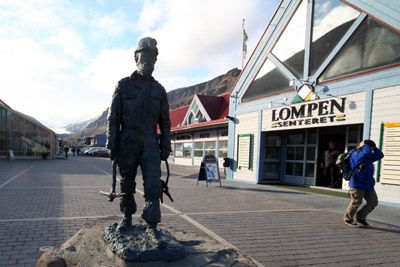 The Sysselmannen (police) controlled a group of snow mobile tourists who where just about to start their tour. The result was impressive: 10 out of 35 had alcohol in their blood and were not allowed to participate. The Sysselmannen calls attention to valid general traffic and special snow scooter regulations, which includes a very strict “don’t drink and drive” policy and potentially severe fines.

Watch out for snow mobiles with potentially dark background! 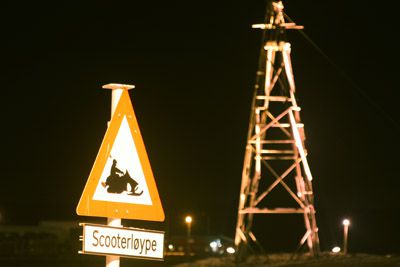 Recent analysis of snow and ice of glaciers in the Spitsbergen archipelago has shown significant levels of pesticides, which are not used locally and thus come from long-distance sources in Europe and overseas. The relevant pesticides are long-lived and take very long time to break down, especially in cold climate conditions. Today, they are mostly banned. The amounts thought to be present in Spitsbergen are up to about one ton of some pesticides, but vary locally.

Further research is needed to investigate potential threats to the environment.

Is the ice as clean as it seems, or…? 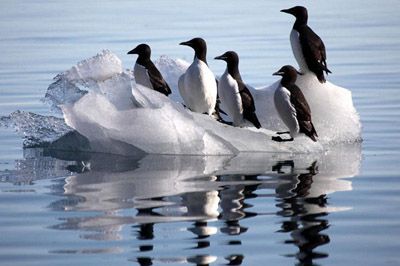 In 2009, the Norwegian mining company Store Norske carried out first investigations to find potential gold occurrences in St. Jonsfjord, north of Isfjord. Results show that the potential is significant. Store Norske intends to do drillings to further determine the potential of valuable metals. The authorities (Sysselmannen) have now given permission for the drillings under strict environmental conditions.

St. Jonsfjord is outside the protected areas, which means that the future may see a new mine in Spitsbergen. 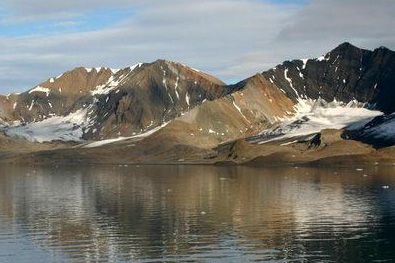