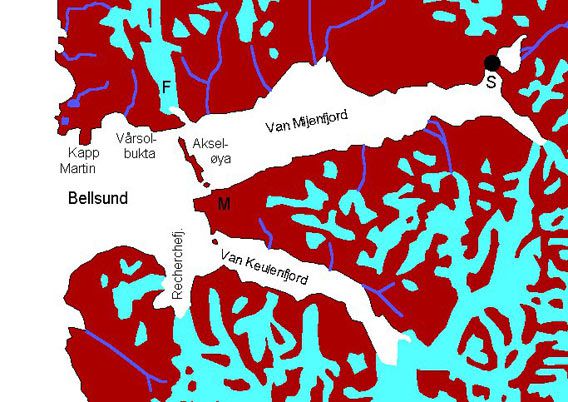 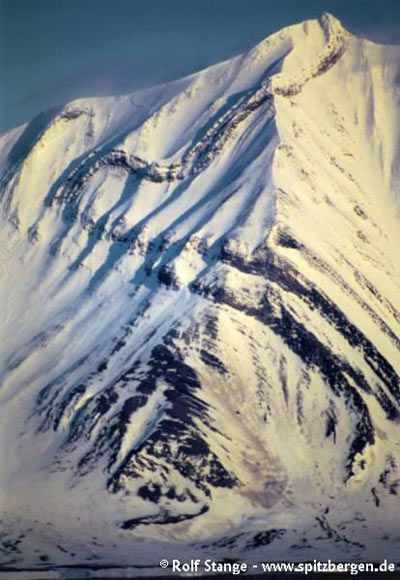 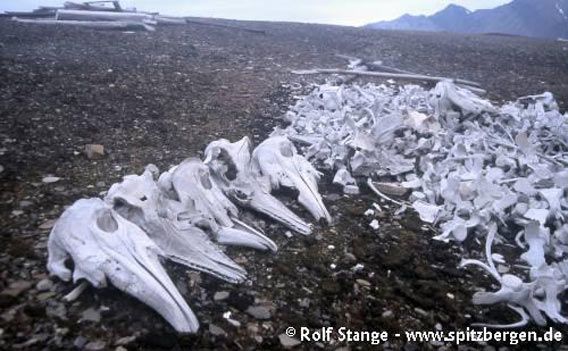 In the ear­ly 20th cen­tu­ry, mine­ral occur­ren­ces attrac­ted more or less serious mining com­pa­nies; some of the­se occur­ren­ces did exist, but tur­ned out to be minor and/or of infe­riour qua­li­ty, other ones didn’t exist at all. The­re were hopes for zinc, gold, coal, iron, asbes­tos. Remains of tri­al mining can still be seen on both north and south side of the Bellsund, silent wit­nes­ses from the ‘gold rush peri­od’ in the arc­tic (for more details, check out my book Rocks and Ice).