The lagoon Braganzavågen near Svea is very shallow and thus not navigable. Hence, there is a harbour at Kapp Amsterdam in Van Mijenfjord, about 5 kilometres south of the settlement. There is not just a pier at Kap Amsterdam, but also a large storage area, so it bears the character of heavy industry just as Sveagruva itself. 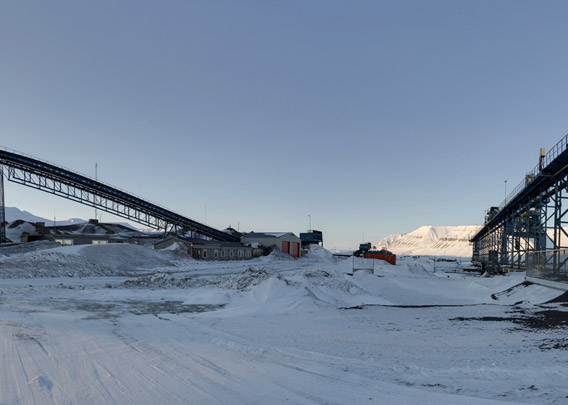 The “harbour” is accessible only in summer and autumn, as Van Mijenfjord tends to freeze sold during the winter and spring because the fjord is protected from the open sea by Akseløya, a long, narrow island that almost cuts the fjord off from the outer coast. The ice cover can accordingly build up with less disturbance by waves and currents than in other fjords. When the harbour had to be accessed by ships during the winter, this could only be done with the help of an ice breaker, something that is avoided these days as much as possible for environmental reasons. 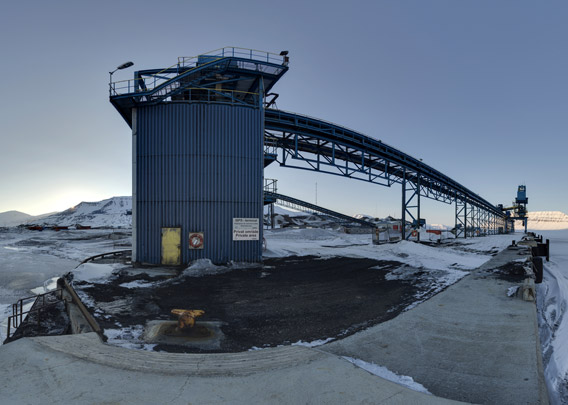 The clean-up of Sveagruva includes the facilities at Kapp Amsterdam, so nothing or at least not much will remain here in the end. But this will be the last part of the process, as the harbour is obviously needed to ship everything out.