The Sovjet Union has „deposited“ vast amounts of radioactive substances on the sea bottom in the Russian sector of the Barents Sea and the Kara Sea (east of Novaya Zemlya), including nuclear waste, reactors from submarines and ships and vessels with nuclear components or cargo that sank or were sunk. This is generally no news. Now, Russian authorities have made an inventory list of nuclear substances on sea bottoms adjacent to Norwegian waters available to Norwegian authorities. The quantities have surprised even insiders. On the list are not, as believed so far, 11,000 containers with nuclear waste, but at least 17,000 (yes, seventhousand), additionally 19 ships with nuclear cargo, 5 reactor sections, 3 nuclear submarines, nuclear fuel from the icebreaker Lenin and „735 other radioactive units“, whatever this means. And of course nobody knows if this list is comprehensive.

Now, Russian and Norwegian authorities make joint efforts to map the exact positions and conditions of the nuclear graveyards.

So far, investigations have proven the waters and biota of the Barents Sea to have very low levels of radioactivity. This may change, when reactors or containers are damaged in the future. In single cases, even the development of chain reactions up to nuclear explosions is believed to be possible by environmentalists. Officials have not confirmed this.

Large efforts have already been made, also with financial and practical support from the EU and Norway, to retreave radioactive wrecks, reactors and waste from the coasts of the Kola Peninsula. The efforts are obviously to be increased and continued to avoid major disasters for environment and people. The long-term disposal of radioactive is a question with very serious implications for environment and societies and so far an unanswered question. 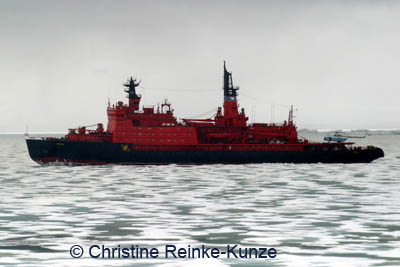 On thirsday the 21th of august one person was killed in front of Esmarkbree (Esmark Glacier) during a Zodiac cruise. A piece of ice broke down from the nearly 25 m high egde oft the glacial front. The exact circumstances oft the accident will be investigated during the next weeks.

Esmarkbreen ist situated inside of Ymerbukta (Ymer Bay)on the northern side of Isfjord (Ice Fjord). 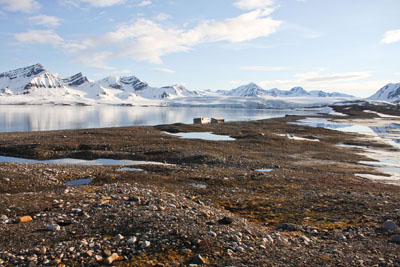 The subject of Russian helicopter traffic is again surfacing as a matter of controversy between Russians and Norwegian authorities. Within their intentions of increasing tourist activities in Barentsburg and Pyramiden, where the hotel is soon to be opened again, the Russians want to offer helicopter transport from Longyearbyen to their settlements on a commercial basis (flightseeing is generally not allowed in Spitsbergen).

They refer to the non-discrimination principle of the Spitsbergen-Treaty (often called Svalbard Treaty, but the original text does not know the term Svalbard), which gives all signatory countries and their citizens equal rights. Norwegian authorities point out that Norwegian aviation laws to only allow Norwegian companies to offer commercial aviation services within Norway. In the end, it boils down to the question if Norwegian national law is to be rated higher than the international treaty which was signed in 1920 and came into power in 1925, which gives Norway »the full and absolute sovereignty of Norway over the Archipelago of Spitsbergen…«, no less, no more. Later in the same year a national Norwegian law declared that »Svalbard is part of the Kingdom of Norway«. 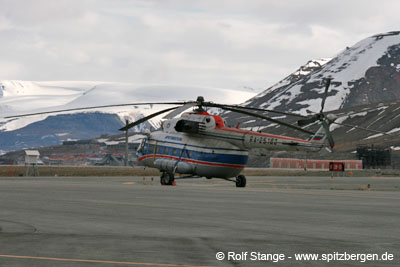 Walrus population on the growth

Another interesting preliminary result is the remarkably low sensitivity to disturbance by polar bears or tourists. Inspite of numerous visits, no evidence has been found for walrusses being disturbed by tourists. 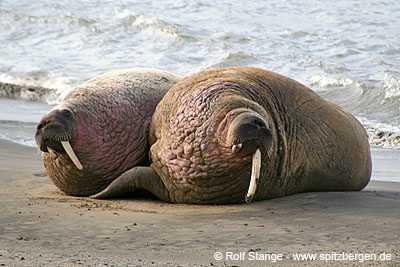 The camping site near Longyearbyen is now, after several ownership changes through recent years, finally under Dutch control. Exclusive owner is now Michelle van Dijk, who owned the site together with Andreas Umbreit from Germany in the past. She has already started work to make the camping site nicer and more user-friendly.

The camping site near Longyearbyen 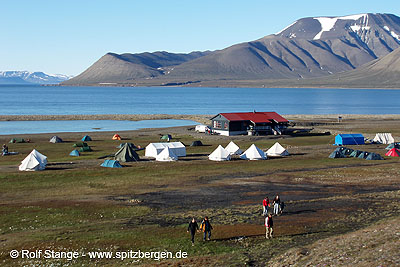 Many are around in the business of polar expedition cruising, some stay for a while but a very few keep it going for more than just a few years. Anja Fleig was amongst the most highly respected expedition leaders we have known in recent years.

On July 14, 2012, Anja passed away far too early in her young life after a disease she had fought for a long time.

Together with many friends and colleagues, the author of these lines, who has known her since the came to Longyearbyen in the late 1990s, will miss her as the good person, the good friend, the good guide and expedition leader she was.

Few, if any, had better knowledge, more experience and higher standards as expedition leader than Anja. Having lived her adventurous, exciting life for more than just a few seasons, she had had ample opportunities to make experiences that are once-in-a-lifetime or simply out of reach for most others. A little comfort may be found in the idea that Anja saw much more of the natural beauty of this world than others who have the chance to stay around twice as long.

Anja got married to her husband Tim in 2009 in Spitsbergen on their floating second home, the Polar Star. Together, they have a child born in 2010.

Anja in the happier days 2007 on Bear Island 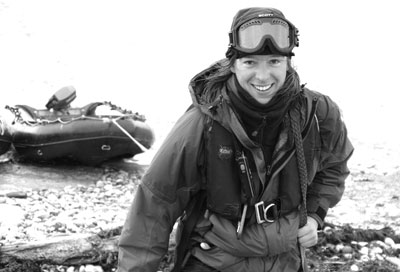 This summer’s Spitsbergen mystery is the disappearing of 40 boots from a changing room in the mining settlement Sveagruva. No less than 40 boots have vanished. The point is, however, that only the right boots are gone and the left ones are still standing there. Now everybody is guessing what might have happened: an invasion of one-footed aliens? Trolls? Right-wing extremists who hate everything on the left side? …?

Locally, it is taken with a sense of humour, but everybody is curious about the story behind it. And there is a bunch of 40 guys who would quite like to have their boots back. 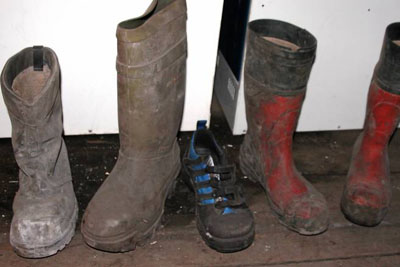 The small cruise ship MS Expedition (100 passengers, 57 crew) touched ground near Isispynten, east of Nordaustland, on 23rd July. The hull suffered minor damage and took a small volume of water. According to the ship owner and Norwegian officials, neither people nor the environment were at any time endangered. The ship could later get free and return to Longyearbyen with its own engine power.

This was already the third event of this kind in Spitsbergen this summer. On 23rd June, the „National Geographic Explorer“ ran aground in Engelskbukta, south of Kongsfjord. On 10 July, the day trip boat „Polar Girl“ managed to hit the bottom near Grumantbyen.

All groundings took place while the ships were on sightseeing cruise near the shore at low speed and finally went over without any serious drama. Nevertheless, these events are mostly unacceptable in areas without comprehensive SAR and oil spill facilities. (There are exceptions: small, strong boats can usually tolerate “controlled” groundings without any difficulty, this is occasionally even done deliberately. It is more or less a daily routine for example for flatbottom sailing ships in certain areas of the Dutch coast. But certainly not by any ship remotely similar to the MS Expedition in arctic waters).

A major problem for the safety of navigation in Spitsbergen is the lack of good charts. The Norwegian mapping authorities have this year given priority to other areas in mainland Norway rather than Spitsbergen. Given current working pace, it will take several generations to map the waters around the whole archipelago properly. Inspite of the official political priority that the northern areas are supposed to enjoy („nordområdesatsing“), Norwegian authorities seem not to take nautical safety in Svalbard waters important enough to allocate resources for proper mapping. 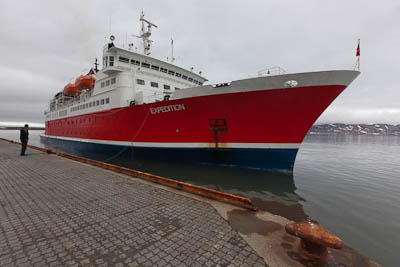