If rocks are exposed to strong heat or pressure or even both at the same time, then they will be changed, regardless of their original composition. The chemistry remains the same, as there is nothing added or removed, but the available material is re-organised to form new crystals of different minerals, in the same way as ovn heat can turn dough into cake (or coal…). This process is called metamorphosis, and the resulting rocks are metamorphites or metamorphic rocks. For the result, the original kind of rock plays an important role, although it can be difficult to determine if metamorphosis has been strong.

If hot magma intrudes into cold rocks, then these will become quite hot. They will recrystallise in the contact zone, which is often obvious on both sides of basaltic intrusions. 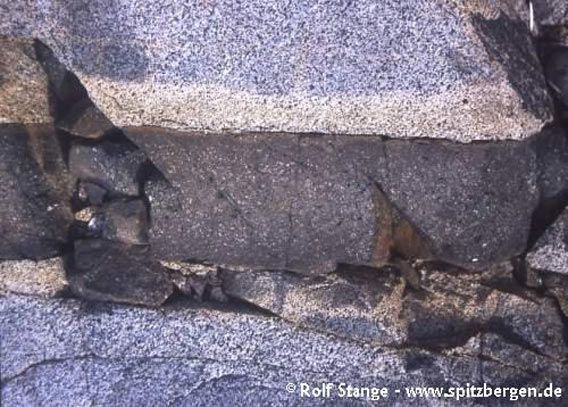 If rocks get between colliding plates, then they will experience extreme pressure and thus metamorphose. A typical rock for such a situation is gneiss. With other words: when continents collide and mountain chains form, then under the mountains, in depths of several kilometres, there will be a wide gneiss area. 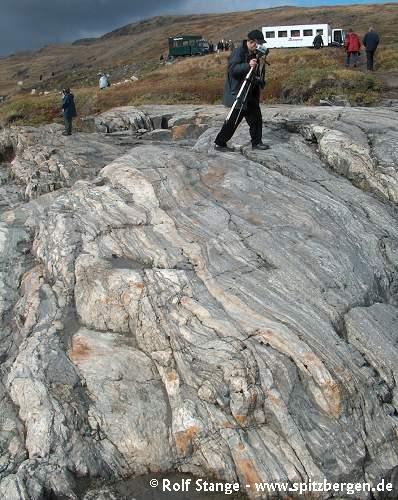 When the mountains are eventually worn down by erosion, the gneiss core will be exposed at the surface and tell the geologist that mountains must once have been there, although the landscape may have been eroded down to the level of table-flat lowlands at sea level.

Should such a flat lowland area experience uplift again, the result will be a high plateau to begin with. This will then be dissected by erosion: glaciers and rivers create valley which incise into the plateau. Mountains will remain between the valleys for a while. 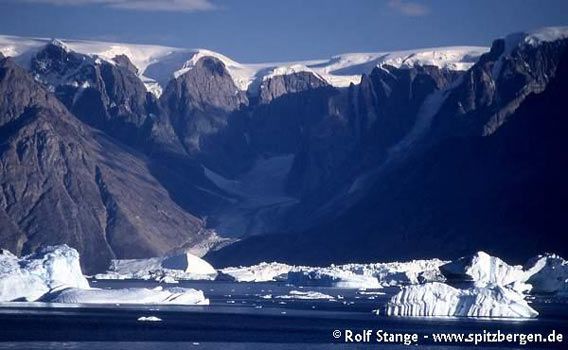 Geologically, such a recycled plateau is a mountain chain in two ways: the gneiss core of the old mountains, which have been eroded for a long time and which now gives witness of an ancient mountain chain. This will usually be called ‘fold belt’. And then the young mountain chain, which is one in a stricter sense with mountain peaks, valleys etc, everything made up of old, ‘recycled’ rocks. This is an important principle in geology: everything will be recycled again and again, nothing really disappears, rocks just change their appareance, location, composition etc. The geological system ‘Earth’ works in circles: the rock circle. Molten rock comes to the surface to cool down and form lava. This is then eroded and deposited again somewhere else as a sediment. Teconic processes bring it back into the deep layers of the crust, where it can be metamorphosed, then it is gneiss. This can finally melt and the whole process can start all over again, with one of its countless variations.

Most rocks which we see exposed at the surface have gone through this rock cycle already many times. Sometimes, the youngest process which affected the rocks is the only one which left its traces, as older ones were wiped out at the same time, but sometimes rocks have preserved traces of several generations of rock-forming processes and thus make it possible to reconstruct Earth history.