Spitsbergen’s south cape (Sørkapp) is situated on a small offshore island named Sørkappøya (south cape island). When you hear „south cape“ you might expect an impressive rock sticking out into the wild sea, like Cape Horn or the Cape of Good Hope. But this is not the case. The sea may well be stormy or at least pretty rough, but Sørkapp is absolutely not visually prominent and anything but impressive. At least when seen from a distance. And it is mostly seen from quite a distance as the waters are very shallow, so ships have to stay quite far away. The sea bottom is as flat and wide-stretching as the land above water. So keep a good distance. Only very small boats and skippers with good nerves can take a passage between Sørkappøya and the main island, if the weather and sea are calm enough.

The south cape area including Sørkappøya lies within the East Spitsbergen Current, also called Sørkappstraumen (south cape current) in Norwegian. This current used to bring heavy drift ice from the northeast, from the Arctic Ocean, to east Spitsbergen and around Sørkapp. This made the area interesting for Norwegian trappers who were mainly out after polar bears. But the dangerous combination of ice and current also took its toll amongst the men who wintered there. A dangerous area with some quite dark history!

For those few who ever get ashore here today, Sørkappøya has the same phenomenon as so many other small arctic islands: when seen from a distance, they seem to be barren and featureless. But wen you come close, arctic nature showcases a wide array of her various beauty: there are many small lakes, lagoons and varied tundra which attract a rich bird life; there are perfectly developed raised beach ridges and there are rocky ridges – the same ones that form all the shallows under water – that bring structure and geometry into the landscape and they are full of fossils.

Today, there are a navigational beacon and a little emergency hut on a small hill in the southern part of Sørkappøya.

The Chumleigh: war drama at the south cape

During the second world war, in late 1942, the British convoy freighter Chumleigh hit a reef not far from Sørkappøya. To make things even worse, soon 5 German fighter planes came and dropped their lethal cargo on the ship that was already badly damaged. The crew of 58 had tried to get away and seek safety in their three lifeboats, but in the end, only nine survived who happened to meet Norwegian soldiers in Isfjord, not far from Kapp Linné, 53 days after the shipwreck and attack. 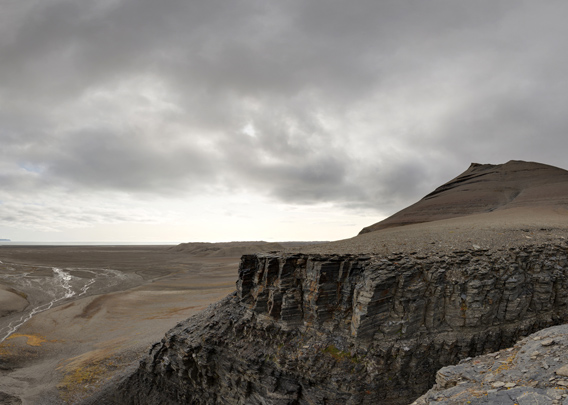 It is rarely calm enough to even consider a landing here, and Sørkappøya including the nearby islets are a bird sanctuary, which means that it is prohibited to land or even come within 300 metres from the nearest shore from 15 May to 15 August. Only outside this period and in unusually good weather conditions, there is a chance to get nearer. The distance from any anchorage to the nearest practicable landing site will be far, because of the very shallow waters, and whereever you have anchored your boat, it will not be very sheltered. If the weather or sea conditions change to the worse, you may soon be in for trouble. 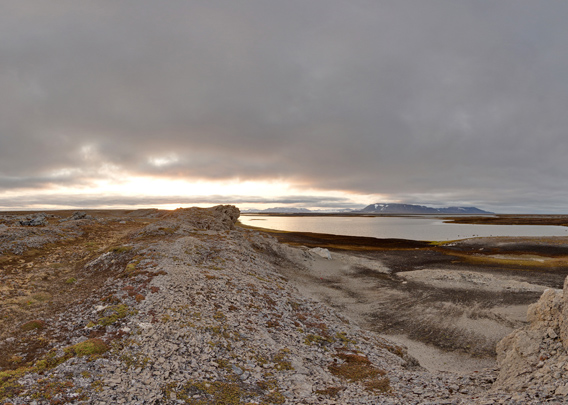 Spitsbergen’s southernmost trapper hut if you exclude Bjørnøya. It was built in 1908 by Petter Trondsen and his comrades Kristian Jakobsen, Hedley R. Aleksandersen and Sigurd Balstad as their main hut, but as such, it was later replaced when a hut was built in Sommerfeldtbukta, not far from Sørkappøya on the mainland coast. The hut on Sørkappøya became later known as Hagerupytta, after famous leader of wintering expeditions, while the one in Sommerfeldtbukta was called Trondsenhuset, after the leader of the group in 1908-09.

Today, the hut is a ruin. Large letters of wood were later fixed to the outside wall, forming the word HI-FIX. Accordingly, the hut is locally known as the HI-FIX (HiFix) hut. Hi-Fix (High precision Fixing) was a radio-based navigation system that used land stations. It was often used for hydrographic surveying in coastal waters, often in connection with the search for oil. It was developed in the 1950s for offshore projects in the North Sea.
A lot of prospecting for oil and gas was going on in Spitsbergen in the 1960s and the early 1970s and coastal waters were surveyed. It appears likely that a group that needed precision navigation in the difficult waters around Spitsbergen’s southern tip installed a HiFix station in the hut on Sørkappøya in those years.

Some impressions of “Hagerup’s house”, as it is today. It housed navigation equipment in the late 1960s, and there is still some technical garbage lying around in the vicinity of the hut.