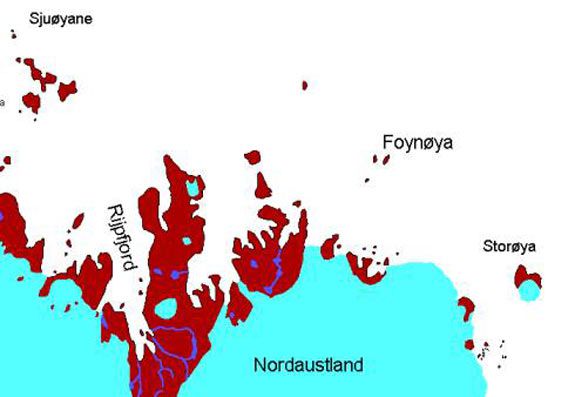 General: Named after the Norwegian Svend Foyn, who in the late 19th century invented the explosive harpoon gun to hunt large whales (he did us such a great favour, didn’t he!?). Foynøya is a small, remote rock at the end of the world and part of the Northeast Svalbard Nature Reserve. 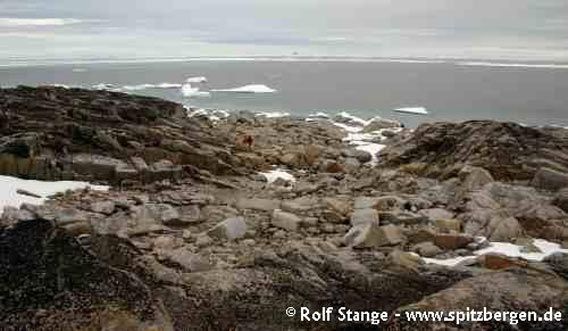 Foynøya (northern end, looking west). It must have been here or very nearby that Sjef van Dongen and Captain Sora were marooned for a while in July 1928.

History: It was near Foynøya that Italian Umberto Nobile drifted on the ice for a while in 1928 after the catastrophic crash of his airship ‘Italia’. Two men of one of the many rescue expeditions for Nobile, the Dutch Sjef van Dongen and the Italian Gennaro Sora, were stranded on Foynøya for a while in July 1928, until they were rescued by waterplanes. Nobile was evacuated by the Swedish pilot Ejnar Lundborg, who, however, crash-landed on his attempt to rescue more persons later. Lundborg and the remaining Italians were later rescued by the Russian icebreaker “Krassin”.