Søre Russeøya is the largest island in Murchisonfjord. Gently rolling elevations with good views over the landscape near and far; desert-like, barren, stony tundra with the occasional frost-patterned ground and fossils literally as old as the hills (much older, actually): upper proterozoic stromatolites, or in other words colonies of single-celled calcareous algae, not much younger than a billion years. Without such algae, there wouldn’t be any free oxygen in the atmosphere. In other words: we would not exist without them. Let’s be a bit appreciative! A weird thought when you stand in this polar desert area, largely free of life. 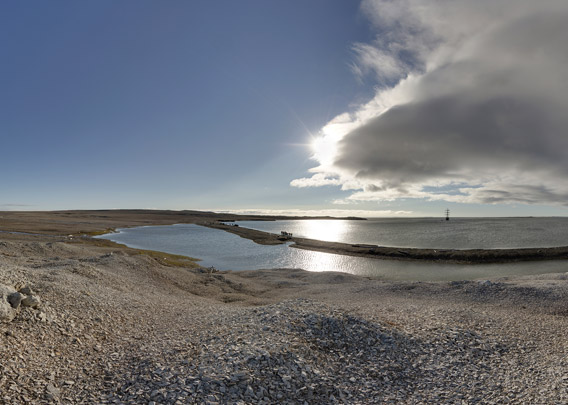 In 1902-03 four Norwegians led by the Dane Henry Ette wintered on Søre Russeøya. All five men got scurvy. Two died, the remaining three survived as they managed to get hold of fresh bear meat.