Diesetsletta is a wide-open coastal plain (Norwegian: slette) on the west coast of Spitsbergen, west of Krossfjord. Coastal plains of this kind are quite common in Spitsbergen, especially on the west coast. Diesetsletta is the northermost one on the outer coast, but this peculiar, large-scale landscape feature stretches all the way down the coast to the south cape and Sørkappøya, interrupted only by the large fjords.

The geomorpholical formation of this special kind of coastal plain is not completely understood. They exist also in other parts of the world, notably in Greenland and mainland Norway. All these regions have been covered multiple times by large ice masses during the Pleistocene. It is safe to say that they are essentially marine erosion platforms, cut by wave action into solid rock. This process may have been enhanced by the ice age climate. One possible explanation would be that the isostatic landrise and subsidence (due to the weight of the ice caps coming and going) was roughly synchronous with global sea level rise and fall (due to watermasses being bound respetively released with the coming and going of the pleistocene ice caps). So the wave could attack roughly on the same altitude level over long geological time scales, rather than shifting up and down in altitude against a landmass that remained constant. 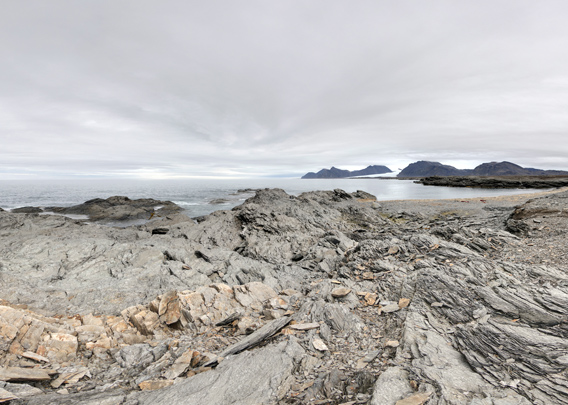 Talking about the coast … here it is, mostly rocky. This is where the surf of the open ocean is constantly hitting the shore which is completely exposed. You will find gravel beaches only in small bays that have some very local shelter. If you have the chance to look for such bays then you may actually find some beautiful hidden places! But only on an exceptionally calm day like this Friday in early August 2018. The open sea was flat calm so we could just not let the opportunity pass without exploring this rarely visited coast. There is actually a hut a bit to the south of our actual position, which is used by people from Ny-Ålesund who go there to fish arctic char. 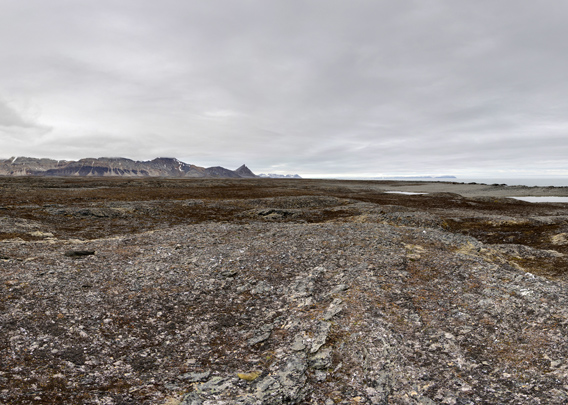 As soon as you move just a few metres away from the coast, you are surrounded by a vast, sparsely vegetated tundra landscape. Here you could hike for days on end! If it was just not so difficult to get here …

Diesetsletta is named after Hanna Resvoll-Holmsen (1873-1943, maiden name Resvoll), a Norwegian botanist and environmentalist and the first woman who came to Spitsbergen as a scientist. When Hanna Resvoll married for the first time, her name changed to Resvoll-Dieset. She participated in several expeditions from 1907 to 1910. Later she married Gunnar Holmsen, a Norwegian geologist who was and still is another well-known name within Norwegian exploration of Spitsbergen during that period in the early 20th century.