Finally – good news again from Spitsbergen: another book review about my guidebook “Spitsbergen-Svalbard” has been published in Polar Record, the polar science periodical from the Scott Polar Institute in Cambridge. The author is Nikolas Sellheim from the University of Lapland in Rovaniemi, Finnland. I just quote one sentence: “What independent writer, publisher and expedition leader Rolf Stange has accomplished with this book is extraordinary.”

Great that someone has recognized it – finally 🙂

Download the full review here of read it at:

The guidebook “Spitsbergen-Svalbard” has recently received a very positive review in Polar Record. 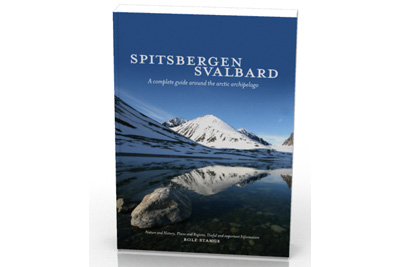 Mine accident in Barentsburg: worker dead

More tragic news from Spitsbergen. Yesterday (Thursday, June 20) a worker died in the coal mine in Barentsburg. The 27 year old Ukrainian was caught by a rockfall in a ventilation funnel, 300 meters under the surface. The mine is now closed until further.

The Sysselmannen is investigating the case. When the Norwegian officials reached the mine, the body was, however, already removed from the mine. 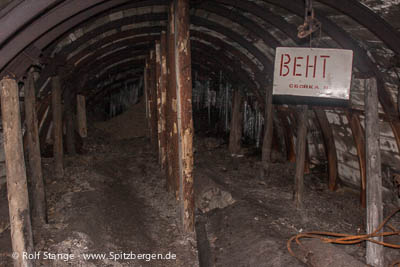 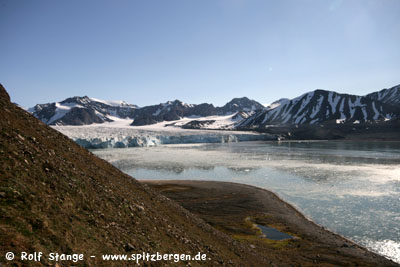 A woman died during a small boat accident today (17th June) in Krossfjord, northwestern Spitsbergen. The Zodiac (inflatable rubber boat) was caught by a wave on the way from a small cruise ship to the shore. All 13 persons fell into the water. One woman was subsequently treated by the ship’s physician and rescue services were called, but could not save her.

All that is known so far is that the woman was in her sixties and not of Norwegian nationality. Further details regarding the accident, the cause of death or the identity of the woman are not yet known.

Zodiacs are very strong inflatable rubber boats that are commonly used during rough conditions. The weather conditions in Krossfjord at the time of the accident are not yet known, but it can be believed that they must have been extreme. The last days have generally been quite windy in Spitsbergen (today in Isfjord force 4-5 from west and southwest, but elsewhere possibly much stronger).

Zodiac in use during strong wind. 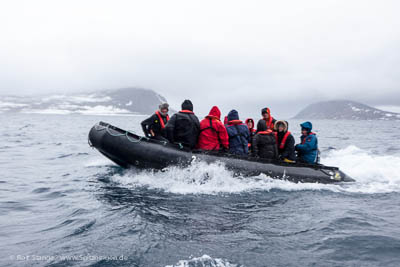 Two german tourists, one guide and 18 sled dogs left Ymerbukta (Ymerbay) for an five-day dogsledding expedition on the north side of Isfjorden. Initially the weather was nice but it changed the day after and got worse. Finally the whiteout forced the expedition to find a suitable campsite at Kjepasset (Kjeppass). At the same time the dogs of the guide got into a steep snowdrift and started to slip. The guide couldn´t manage to stop them and jumped off the sled. The dogs and the sled disappeared in a crevasse. In case of bad weather conditions on the next day rescue wasn´t possible despite serveral attemps to reach the dogs. Althougt it was able to lower a new rifle. The rifle of the expedition disappeared also in the crevasse with the sled. Another day later the weather cleared and rescuers were able to reach the dogs. All dogs were uninjured and in good shape. After the dogs got food and water the guide and the two tourists decided to continue the expedition back to Ymerbukta. 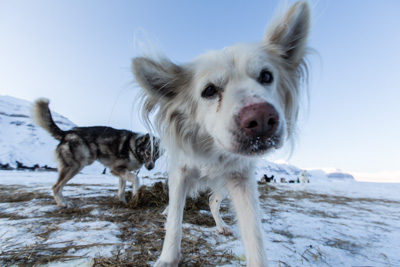