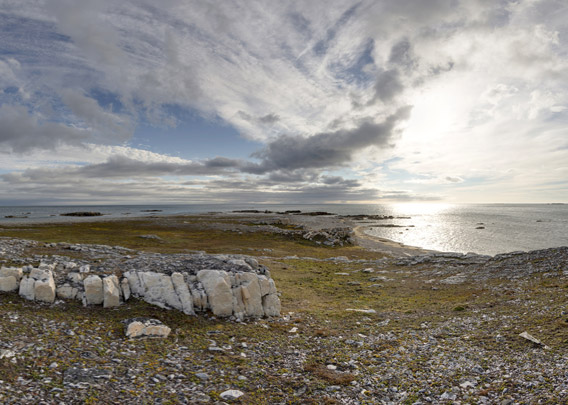 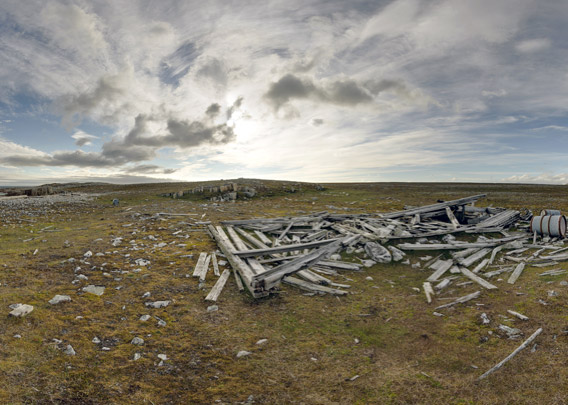 After the end of the polar bear hun­ting years (polar bears were ful­ly pro­tec­ted in Spits­ber­gen in 1973), Camp Erna deca­yed. In 2007, it was a ruin which was still stan­ding, at least in parts. Some years later, Camp Erna col­lap­sed com­ple­te­ly and now the­re are just bits and pie­ces left lying on the ground.