360 degree panorama images and some history

Kapp Borthen is a low headland on the west coast of Spitsbergen, between Bellsund and Hornsund. The large glaciers of Torellbreane and the small islands of Isøyane are not far away. 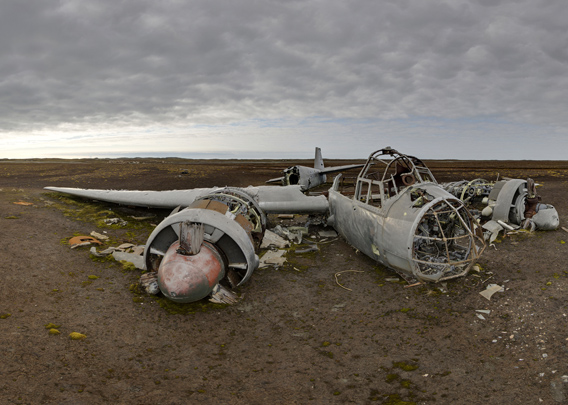 Near Kapp Borthen, there is a wide lowland area between the coast and the moraines of Nordre Torellbreen which appear rather bleak and featureless. 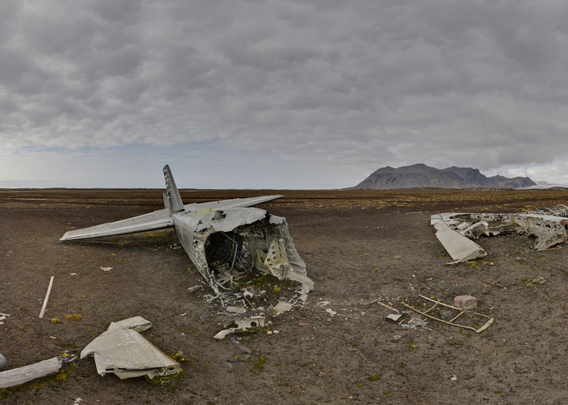 During the second world war, a German fighter plane (a Ju 88) had to make an emergency landing in that coastal plain. It had been damaged during an attack on a convoy and they had just made it to that position. The crew survived without major injuries. They destroyed their aircraft and walked to a designated emergency landing/pickup area further north, where they were soon retrieved by the Luftwaffe (German airforce). 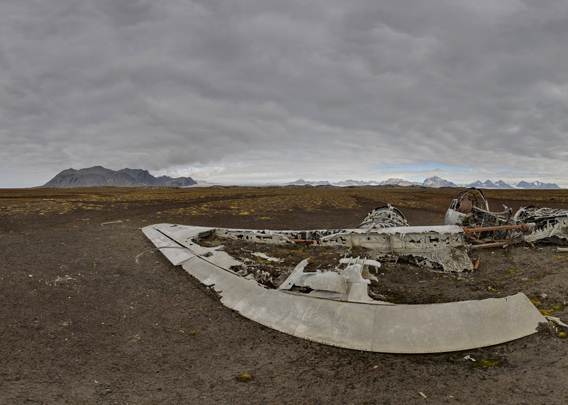 The wreck is still lying there in the same place. It is not the only plane wreck from the second world war in Spitsbergen: there is the wreck near the old airfield in Adventdalen, east of Longyearbyen, which is easily accessible, something that you can not exactly say about the Ju 88 at Kapp Borthen. Additionally, there are some scattered remains of a German fighter plane on the lower slopes of Hiorthfjellet, on the north side of Adventfjord, that was shot down by the Norwegian garrison in Longyearbyen.