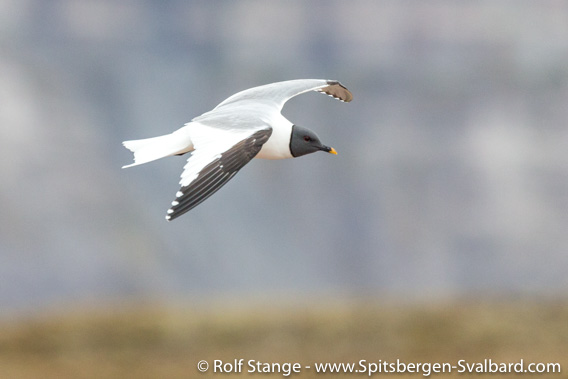 Descrip­ti­on: Being 33 cm long and weig­hing only 150-210 g, the Sabine’s gull is a rather small gull. It is the only gull in Sval­bard with a black head and is thus easy to iden­ti­fy – if you hap­pen to see this very rare bird at all. The sexes look ali­ke. The flight of a Sabine’s gull is very ele­gant and resem­bles a swallow’s; the wing tips are black. 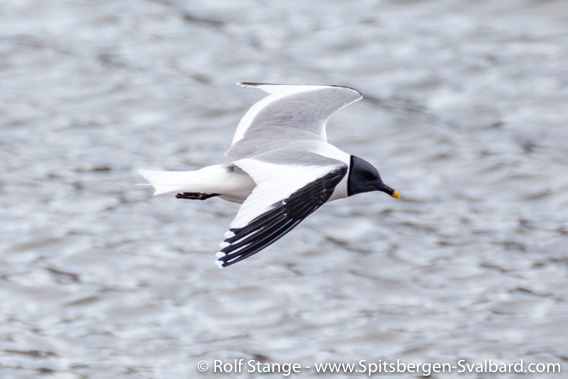 Bio­lo­gy: Important food sources inclu­de small fishes and mari­ne inver­te­bra­tes, occa­sio­nal­ly also eggs and chicks from other birds. The Sabine’s gull nests on flat, dry tun­dra in the vicini­ty of small ponds. Chicks hatch after 23 to 26 days from the two or three eggs. They lea­ve the nest after only a few hours, to fol­low their par­ents to the coast or to a pond whe­re they wait until they are able to fly. Young birds pro­bab­ly spend their first sum­mer in the win­te­ring are­as. 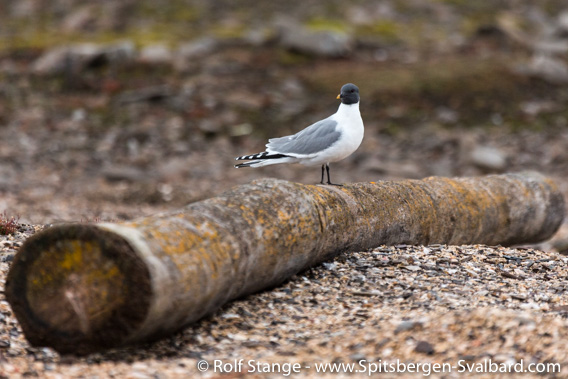 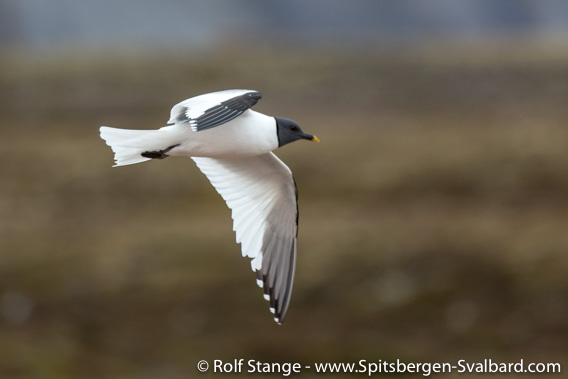