Bratliekollen is 370 metres high, which makes it the second-highest “mountain” on Blomstrandhalvøya in Kongsfjord. The height may not be impressive, but the 360 degree panorama view of the surrounding Kongsfjord certainly is. Also Ny-Ålesund is visible from here, Spitsbergen’s northermmost settlement. The landscape bears strong character of former glaciation such as many large erratic boulders and rounded hills, clear traces of the ice age rather than recent glaciation. The higher parts of Blomstrandhalvøya have well-developed solifluction areas (can be pretty muddy!) and frost-patterned ground. 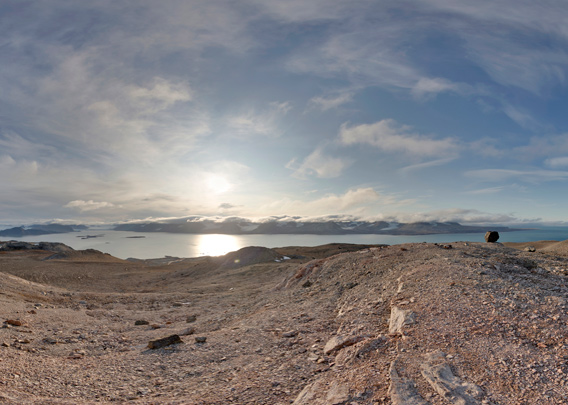 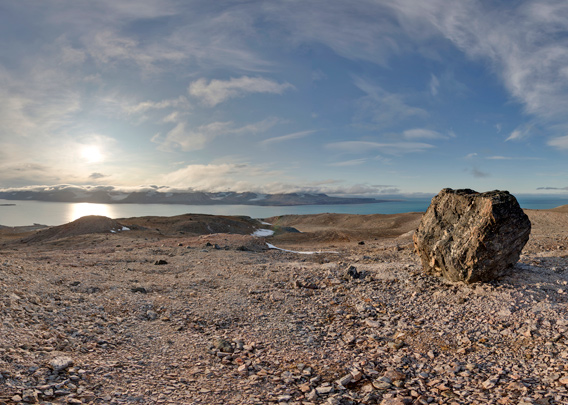