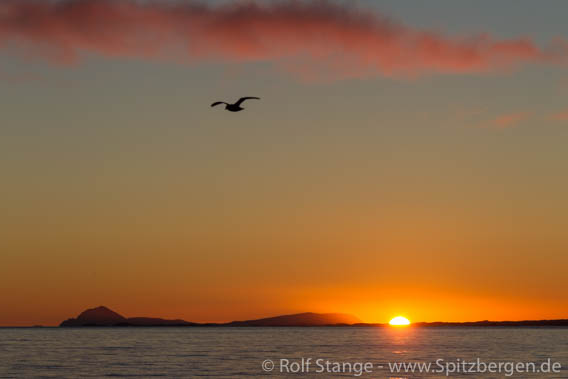 A trip into the unknown begins with well-known rou­ti­nes. (Well, not real­ly into the unknown, of cour­se. But we don’t exact­ly know what the next days will bring, that is the natu­re of this way of tra­ve­ling). 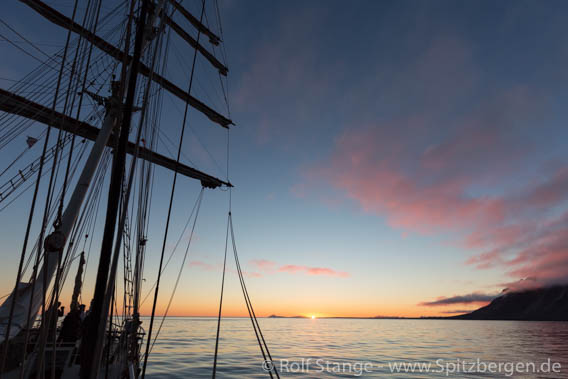 Peop­le have to get used to each other and to the ship, and then we are off. Cour­se west and then north. Mean­while, arc­tic autumn is showing off. A beau­ti­ful sun­set behind the west coast. 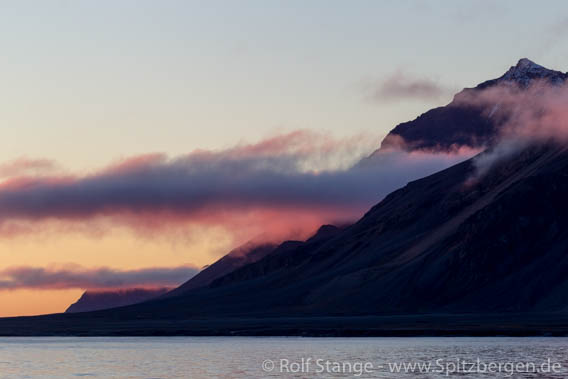