Polar bear near Longyearbyen anaesthetized and flown out

The Sysselmannen has decided to anaesthetize the polar bear and to fly it out and far away from Longyearbyen. This was promptly done in cooperation with the Norwegian Polar Institute, which is routinely doing similar operations in connection with field work. The polar bear is now flown out towards the east, to be released somewhere safe and far away from the settlements.

According to Sysselmannen and Norwegian Polar Institute, this operation was more gentle for the polar bear than scaring it away with helicopters.

Two photos from the operation

The polar bear in Adventdalen near Longyearbyen shortly after anaesthetization. Biologists are doing some investigations before it is loaded into the helicopter. 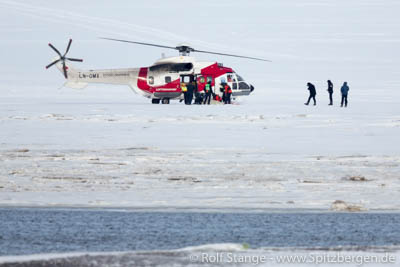 The helicopter with the polar bear on its way to the east. 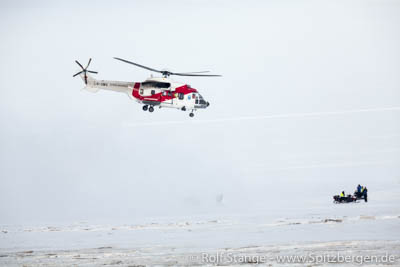