Home → * News and Stories → Costs for search and rescue

Costs for search and rescue

The number of SAR (search and rescue) operations carried out annually by the Sysselmannen and Red Cross has increased to 60-80. Less carefull planning, potentially due to the availability of modern communication technology (satellite phone etc) may have contributed to this development.

Non-residents are obliged to apply for permission for visits to most parts of Svalbard. Insurance cover for potential SAR costs is compulsory to obtain any permission. In practice, the Sysselmannen has, so far, usually not claimed costs back from the rescued person(s). As the costs have increased with the number of operations, the bill from now on not be paid anymore by the Norwegian tax payer, but by those responsible for the operation. This has, in theory, already been the case, but it has usually not been applied, a practice that has now been announced to be changed. Most SAR operations involve helicopter flights, which quickly involves a bill of 100.000 NOK (currently ca 12.700 Euro) or more.

This applies for any trips that require permission and insurance. Where this does not apply, that is for tourists within administration area 10 (Nordenskiöld Land, Dickson Land, Brøggerhalvøya), the rescued person(s) will also in the future have to carry the costs only in cases of gross carelessness. 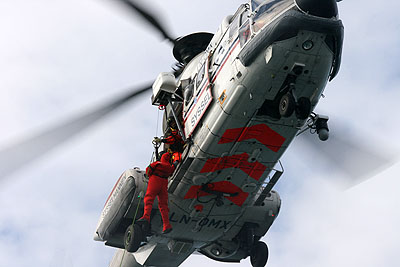